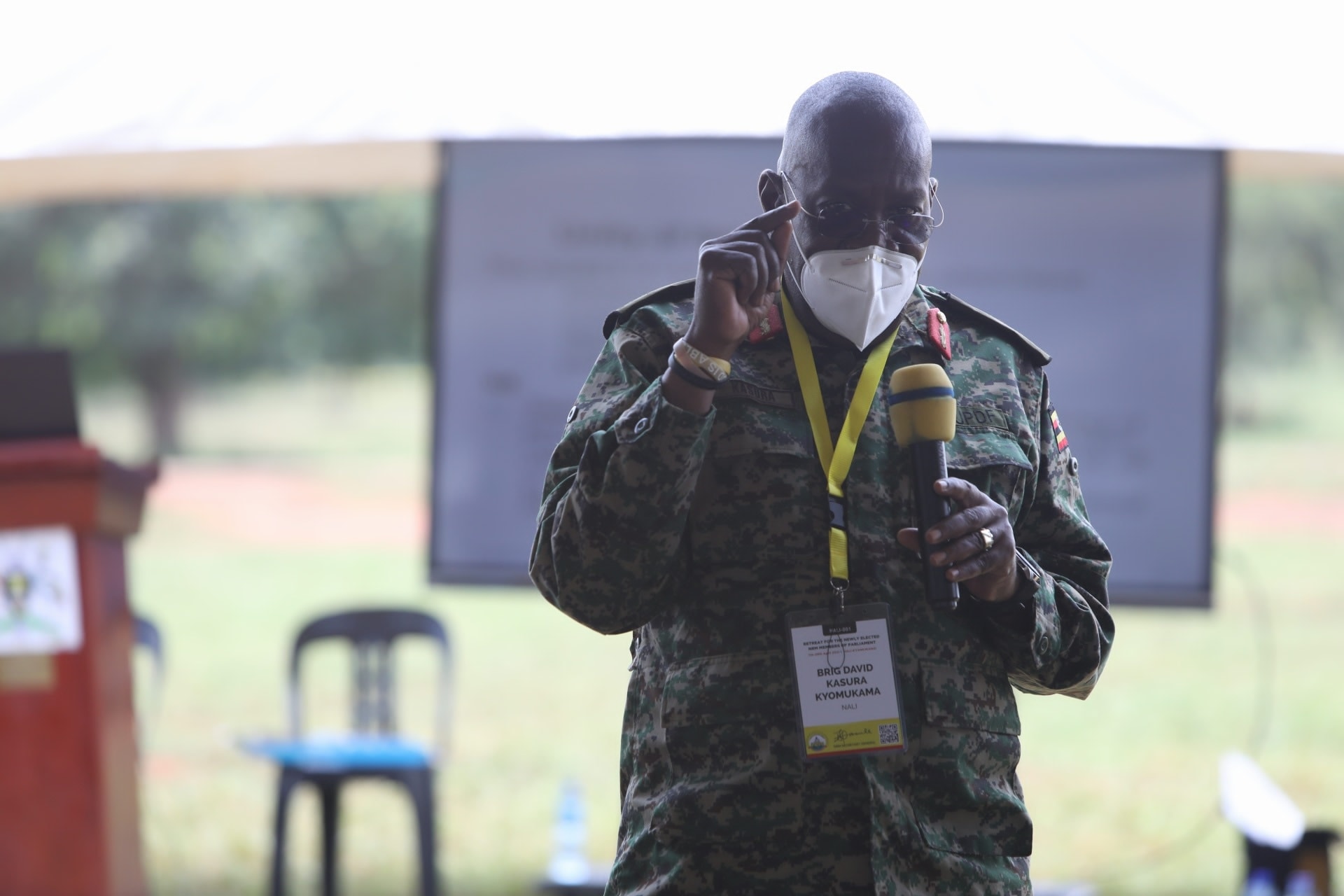 Members of Parliament who were elected to the 11th House on the ruling National Resistance Movement, NRM party ticket have been told to reflect on their election and serve their voters deiligently.

The call was made by Director National Leadership Institute Kyankwanzi, Brig Gen David Kasura Kyomukama while welcomeing them on Friday.

Friday was the first day of the NRM leaders retreat at NALI. The new Members of Parliament who are yet to be sworn in were advised that there is a special responsibility that comes with leadership which should not be taken for granted.

Brig Kasura told the MPs that any human may know how to act, but that real leaders distinguish themselves by knowing why they must do what they do.

The retreat has attracted more than 200 delegates including new MPs and party leaders.

Meanwhile, the Party’s deputy Secretary General Richard Todwong denied rumors that the ongoing retreat is to influence election of the next Speaker of Parliament.

“We have been emphasising that this retreat is not about the speakership and two we cannot discuss the election of Speaker with people who have not yet been sworn in as Members of Parliament. We shall be doing something illegal and we cannot break the basic regulation. The retreat is for members who have been elected but not yet sworn in as MPs Todwong said.