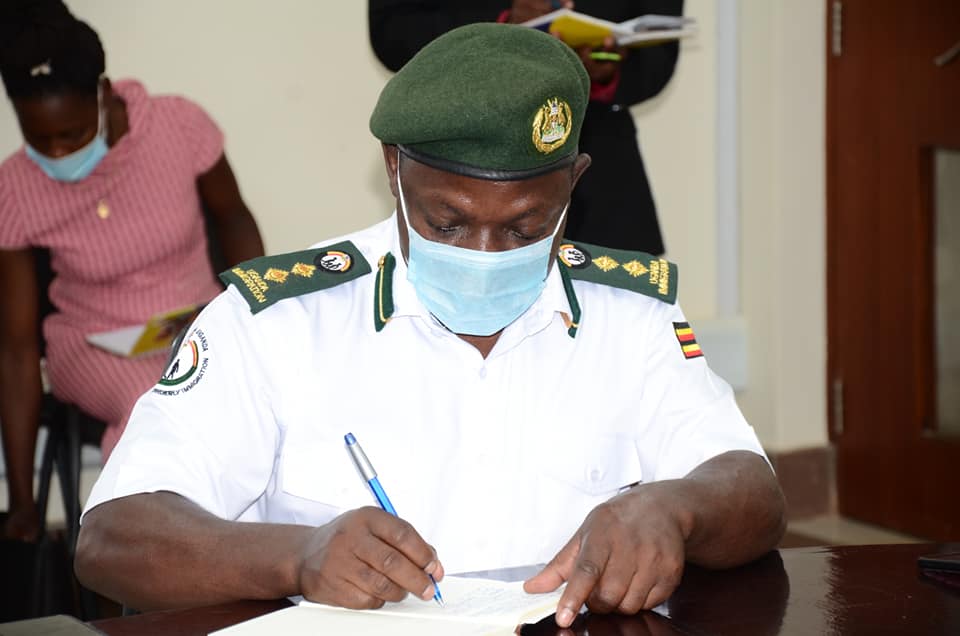 The Ugandan borders are open to everyone who fulfills the COVID-19 requirements including the CPR tests for 72 hours.

The immigration spokesperson Jacob Simiyu says they have received several cases of individuals found with forged COVID-19 results and the number is increasing.

“We would like to warn those who inter to travel, to ensure they do the tests physically not scientifically. So, if you know you are traveling, don’t use someone to go and get for you the results. Ensure they test you before you travel” Simiyu says.

He adds that those who buy certificates without being tested will end up being inconvenienced when they reach at the borders.

Simiyu warns that anyone found in violation of the guidelines will be dealt with in accordance with the law. “The journey will stop, we will prosecute you for the lives of others at risk” he warned.

Ugandans living in the Western Region should not waste their transport money and time coming to search for passports in Kampala as the passport offices in Mbarara are now operational.

According to Simiyu, they are also refurbishing Mbale in hopes that by end of this month will be operational. They will then embark on Gulu and Arua offices too.

Simiyu reiterated his call against people who come to Internal Affairs offices at 5am when their appointment is in the afternoon, warning that they will now start chasing them away.

“We still have a few people who come the headquarters with hopes of getting help even when they are not on appointment. The other category is of those who come too early for the appointment. We have been patient enough, now we will ensure that we force you out of the premises if the appointment is not due. So, the best medicine is that you wait for your time you cannot come to Internal Affairs as early as 5am when your appointment is at 2PM. You are inconveniencing the entire system. We will make sure we push you away so that we serve those who are on appointment” he warned.

Simiyu says people should ensure to make appointments and come at the given time so as to be served better.

The department has over 1,500 passports belonging to people in quarantine since it was a condition for one to hand in their passport before going into the mandatory quarantine after landing at the airport.

Simiyu however says that some of them are electronic passports and still valid for many more years. He called upon the owners to go pick them from Internal Affairs.

“Because when you lose a passport, you go through a long process. You have to report to police, swear an affidavit before commissioner of oaths and pay a fine of UGX100,000 while applying for a new one. So, we are advising you to come for your passports, don’t leave them with us” He said.