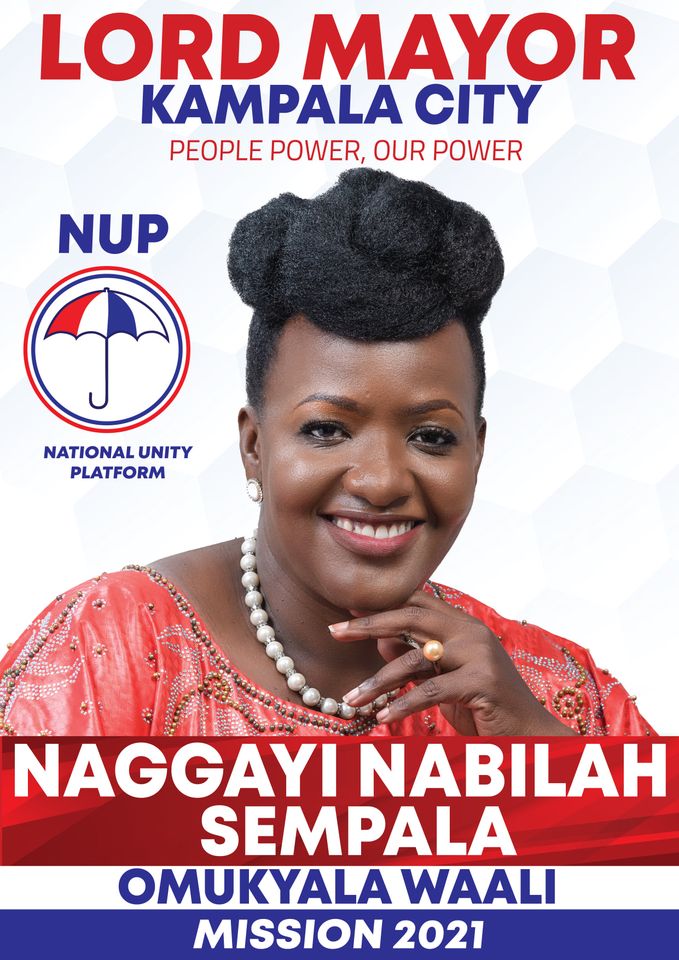 Kampala Woman Member of Parliament Hon. Nabilah Naggayi Sempala has been approved by the Executive Board of the National Unity Platform for Lord Mayor of Kampala candidate.

The Board sat on Monday to approve candidates for the positions of Member of Parliament for various constituencies in the Central Region and the hanging Kampala Lord mayoral ticket.

The ticket was left hanging when the original holder Latif Ssebagala Ssengendo gave it back, just one day after the party had chosen him over Joseph Mayanja, alias Chameleone.

Ssebagala said he had given up the ticket in order to avoid collision in the opposition since FDC already chose the incumbent Lord Mayor Elias Lukwago as the party candidate.

The other potential flag bearer for NUP was Al-Haj Nasser Ntege Sebaggala who recently died. The Board said they could not give chameleone the ticket, and asked that any other potential party members could take it up.

Nabilah who was humiliated by her former party FDC when she attempted to represent them in the same race, has since joined NUP and was handed the flag on Monday.

The incumbent Kampala Woman MP says she made the decision to run for the Lord Mayor office after the 2016 General Elections.

“You will recall that I attempted to run under my former party, FDC but I was blocked very unfairly. I then decided to run independent. As everyone knows, I have been on record for over two years now, supporting the candidature of Hon. Kyagulanyi Ssentamu Robert for President because I believe that he represents something new in our struggle to liberate Uganda. That is in part why I joined NUP as a member a few days ago” Nagayi said.

Meanwhile, the NUP Party board says there are positions whose results were deferred for re-evaluation on account of different reasons and that a team supervised by the Deputy President, Central Region is undertaking this task in the next 48 hours.

The party is expected to release a list of candidates for the Eastern region, and subsequently for the Northern and Western regions. NUP has already lost several members who were denied party tickets due to internal wrangles, while others were accused of not showing enough loyalty to the party. Those dumped have also claimed they were discriminated against for failure to pay bribes in order to get tickets.