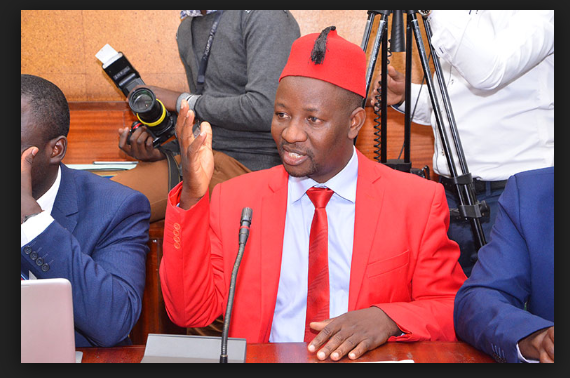 The Forum for Democratic Change Party has complained against discrimination at different electoral commission centres where only members of the ruling National Resistance Movement are allowed entry despite coming late.

While addressing the press at Najjanankumbi on Monday morning, the party spokesperson Ibrahim Ssemujjung Nganda said their party members who show up for nomination are greeted by rude gate keepers who sometimes ask them for bribes to access the centers or turn them away.

He added that at the Wakiso electoral commission center, there was a first come, first come order but this was later changed and things became confusing.

“These nominations have been poorly conducted in many areas like Wakiso, Mukono and almost in all urban centres. The electoral commission behaved as if they didn’t know these nominations would take place. People going to nominate in Wakiso are reporting at midnight, others are sleeping there to get numbers in the lines. NRM people are not following these lines, the moment you come in and you are NRM, you simply go in. to the extent that some candidates have had to bribe the askaris to allow them access nomination centres. This I have witnessed in Wakiso personally” Nganda said.

According to Nganda, they are concerned that if an exercise as simple as nomination can stretch the EC, then polling where everybody will be participating in one day will be a mess.

He says they are skeptical in whether the Electoral commission will successfully hold the election come next year. Nganda wants the EC to investigate bribery claims and offer a solution to people sleeping at nomination centres.

He says the nomination should be on first come first served, or the EC can decide to deal with one constituency at a time.

“The Electoral Commission will need to offer us an explanation, are they really in position to preside over an election if they are struggling with nomination? But we also need the EC to guide this process, it appears to us they surrendered to Mr. Museveni” Nganda added.

He also says they are confused about the number of people allowed to attend electoral meetings, since they keep saying “small numbers” but not mention the real number. He notes that just at the Churches and Mosques have been allowed 70 people at a time, the EC too needs to be clear.

However, the acting electoral commission spokesperson Paul Bukenya says they are not overwhelmed by numbers, but that the first nomination days were challenging since most candidates especially those on independent ticket were rushing to book symbols.

Bukenya says they have established a formula to handle the high turnout of contestants.

“People probably wanted to be the first to be nominated especially aspiring independent candidates who wanted to reserve particular symbols. So for those persons, they made sure that they came on the first day and they didn’t want to go away until they were served” Bukenya says.

He added that they are handling the exercise well and they are going through every process because nomination can’t be rushed and everyone will be nominated.

On the issue of bribery, Bukenya says some people have taken advantage of aspiring candidates who are in a hurry to be nominated or to book and reserve symbols.

“We have gotten that report. You can’t reserve a symbol as it is issued on first come first served basis. And because of a high turnout of independent candidates, we have increased the symbols from 10 to 20” Bukenya says.

Nomination for Local Council leaders will end on October 1st 2020.