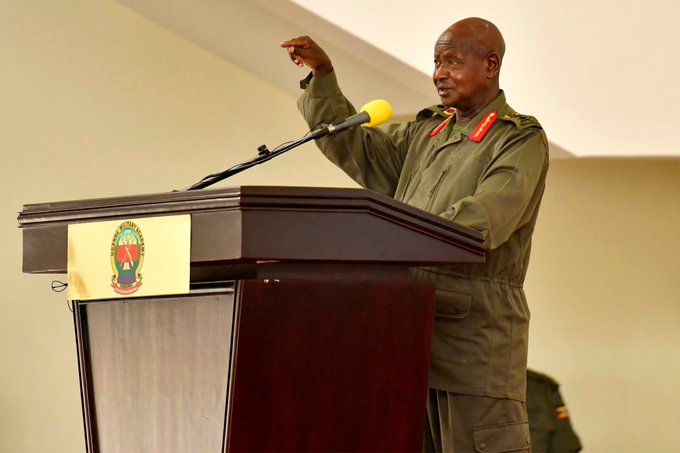 President Yoweri Museveni has advised all people in East Africa to ignore the advice of outsiders and concentrate on developing their region economically.

While addressing the country on Sunday night, the president says he has been watching MPs argue that Uganda should retaliate following the ban on maize exports to Kenya.

Kenya had banned maize imports from Uganda and Tanzania citing presence of aflatoxins that are dangerous for its people’s health. The ban was however lifted last week with stringent measures.

The President says that what is needed now is unity that can be forged through the East African Federation.

Adding that this is why he could not support MPs who were calling for retaliation after the Maize ban by Kenya.

“The other day I was hearing the MPS talking of retaliation. I couldn’t agree with that type of line. What we need is to patiently work for the integration of East Africa. I was hearing some of the fellows in parliament talking. Uganda is benefitting a lot from the East African common market. I am not saying that the federation will solve the present problem of maize, but I am saying this problem would not arise if we had gone for the federation. Therefore, the idea of retaliation is not a good idea because it plays in the hands of those who want us to break up” he said.

The president warned against some leaders who are mixing trade with sectarianism to stop such ‘bogus’ thinking and focus on integration, patriotism and pan Africanism.

“We shall defeat the tribalists because they cannot block our journey. You get in touch with our brothers and sisters in Tanzania, Rwanda, Kenya and Congo instead of going to Europe and all over the place. Go and discus with our African comrades” he advised.