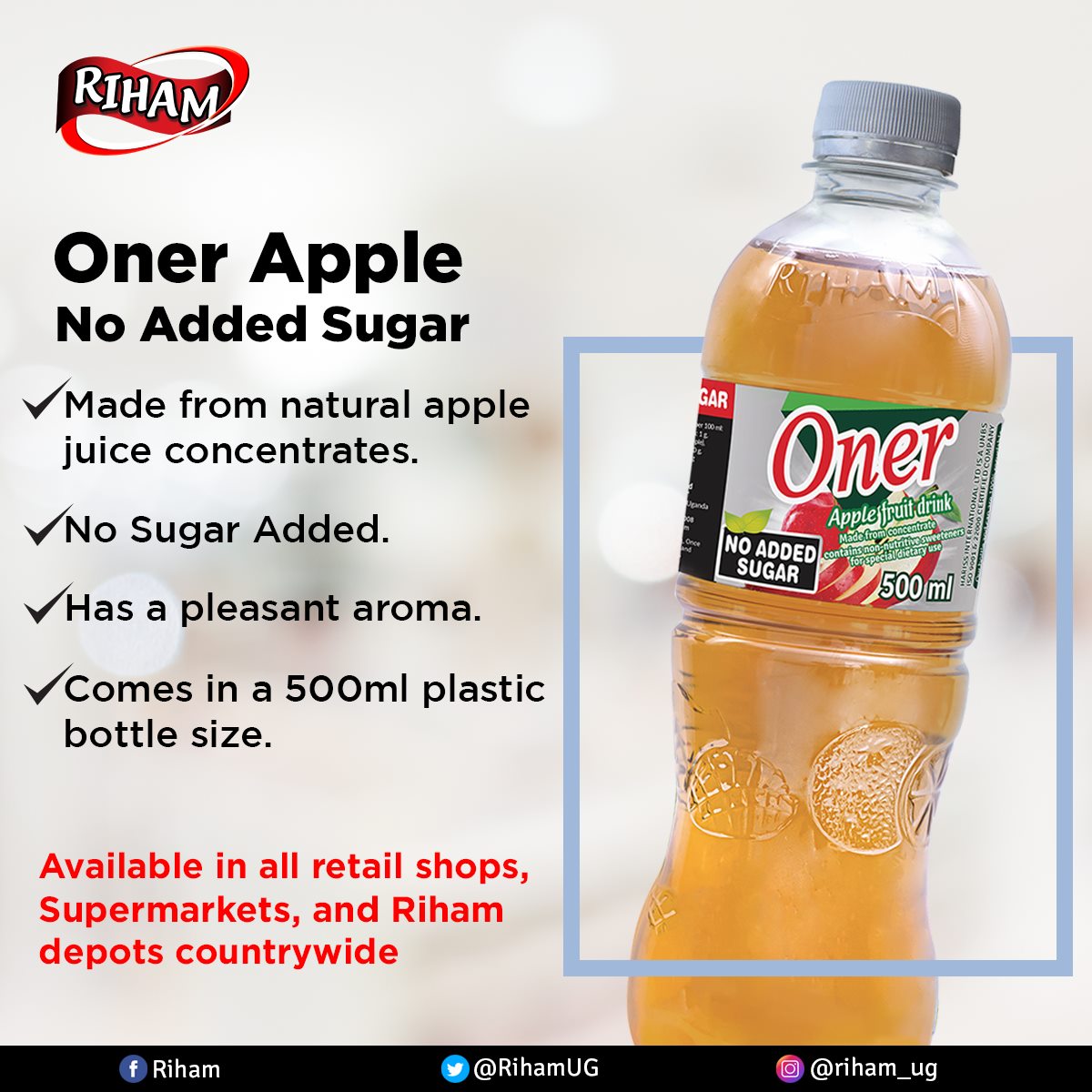 Hariss International producers of Oner Juice, Riham Cola, Skydew, Lavita, and Riham water, among other soft drinks and confectionaries are in trouble after more than 40 residents of Kampala sued
company, for allegedly selling to them rotten juice which has left some of them bedridden.

The suit involves the manufacturer along with Judith Turyahebwa and Sauda Tushabe, both retail shop operators where the said drink was reportedly bought from.

In case filed at the High Court Civil Division in Kampala on Thursday, the applicants who reside in areas of Makerere, Kisenyi, Kawempe, and Kamwokya claim that on 24, July 2020, they drank bottles of Oner Apple Juice while attending a meeting in Kamwokya, and ended up in a hospital with a severe fever, headache, diarrhoea, nausea and general body weakness.

According Stanley Kimbowa the meeting host, they only realized that there was a problem when they all developed similar symptoms shortly after the event. Kimbowa argues that they checked the bottles and found them with visible remains of whitish, fluffy cotton-like masses, which they believed to be maggots.

However, the company decided to rebrand the drink and ignore the complaints that were initially filed by the same group.

According to the evidence before the court, the group later took a sealed bottle of the drink to the government analytical laboratory in Wandegeya for testing where it was confirmed to have been adulterated. The lab report indicates that the drink had excesses of yeast cells than stipulated in the manufacturing standard.

The affected persons are demanding 8.9 million Shillings to cover the cost of their medical expenses and also claim to have lost earning as a result of the sickness which they value at Shillings 35 million.

Jameson Karemani the Civil Division Registrar is yet to summon Harris International to file their defence before the matter can be fixed for hearing.