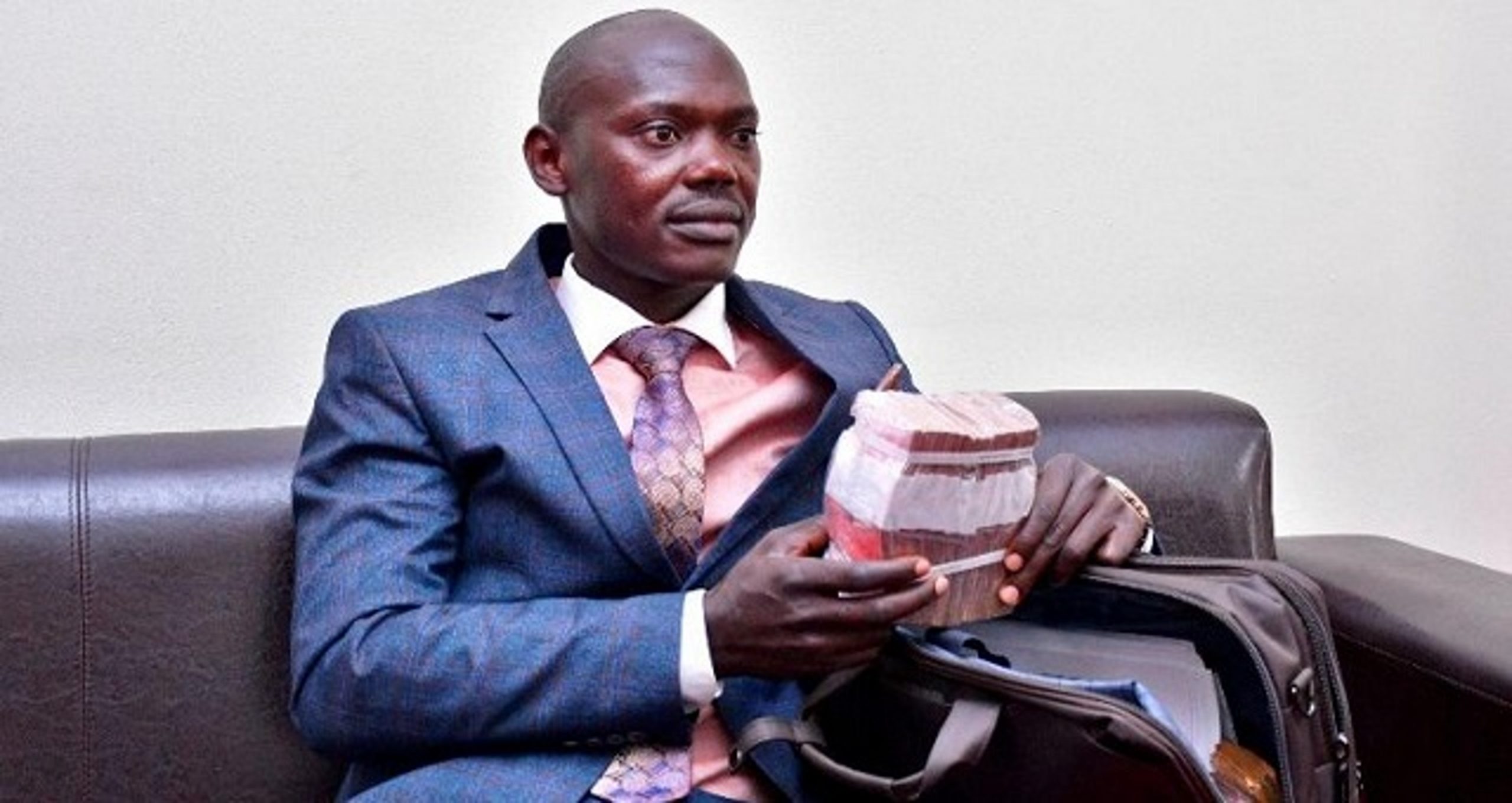 The Inspectorate of Government (IG) is yet to prefer charges against Bukoto South Member of Parliament, Twaha Kagabo who was arrested after he tried to return the 40 million Shillings that he reportedly received from the residence of the Speaker of Parliament, Anita Among under unclear circumstances.

Kagabo was arrested by the parliamentary police, which handed him to the Inspectorate of Government (IG).

According to Farouk Kayondo the Deputy Spokesperson at the IG, Kagabo was briefly held in their custody on Tuesday before being released on bond pending investigations.

However, before his release, the MP was questioned and the Inspectorate of Government obtained a statement from him as well as the 40 million which is to form part of the evidence.

According to Kayondo, the IG reserves the right to summon him at any point during its investigations of the matter. The MP is supposed to report back for further questioning tomorrow Friday.

Kagabo addressed the Shadow Cabinet chaired by the Leader of Opposition, Mathias Mpuuga before his arrest, seeking to return the money that was highly criticized by the public and his party, the National Unity Platform-NUP.

“Some time ago, I received money to a tune of 40 million on my account, and shortly after that I was also invited to pick money…40 million which money, I was told was an arrangement internally from parliament. And I received this money,” Kagabo partly told members of the Shadow Cabinet.

Kagabo said that he decided to return the money after soul searching and advice from his electorate. Kagabo told Mpuuga that he had picked the money from the Speaker’s residence and the Leader of Opposition asked him to return it.

But the Speaker of Parliament Anitah Among denied giving the MP money and she directed the Rules, Privileges, and Discipline Committee of Parliament to probe Kagabo.

During the plenary on Tuesday, Among said that she doesn’t know Kagabo’s intention and described his action as an abuse of the institution of parliament.

“This House is not for playing politics, he has to show us who gave him the money…from where and what the money was meant for. It is our responsibility to protect the image of this House. When you start that kind of behaviour, you will have to face the law,” Among said. Among tasked the committee to investigate the matter and report back to the House in one month.

In June, the media was awash with reports indicating that MPs had received 40 million Shillings ahead of the budget that was approved under questionable circumstances. NUP described the cash handout as immoral and illegal and directed its MPs to return the money when some MPs approached the party leadership for guidance.

The decision was reached in a crisis meeting chaired by the NUP president, Robert Kyagulanyi Ssentamu at the party headquarters.

In a statement, NUP alleged that the ruling National Resistance Movement (NRM) MPs were receiving the money in cash from Parliament, while the Opposition and Independent MPs were receiving it from the residence of Speaker, Anita Among.
Parliament dismissed the alleged payout to the legislators.

Continue Reading
You may also like...
Related Topics:Featured, Inspectorate of Government, Kagabo, Parliament of Uganda