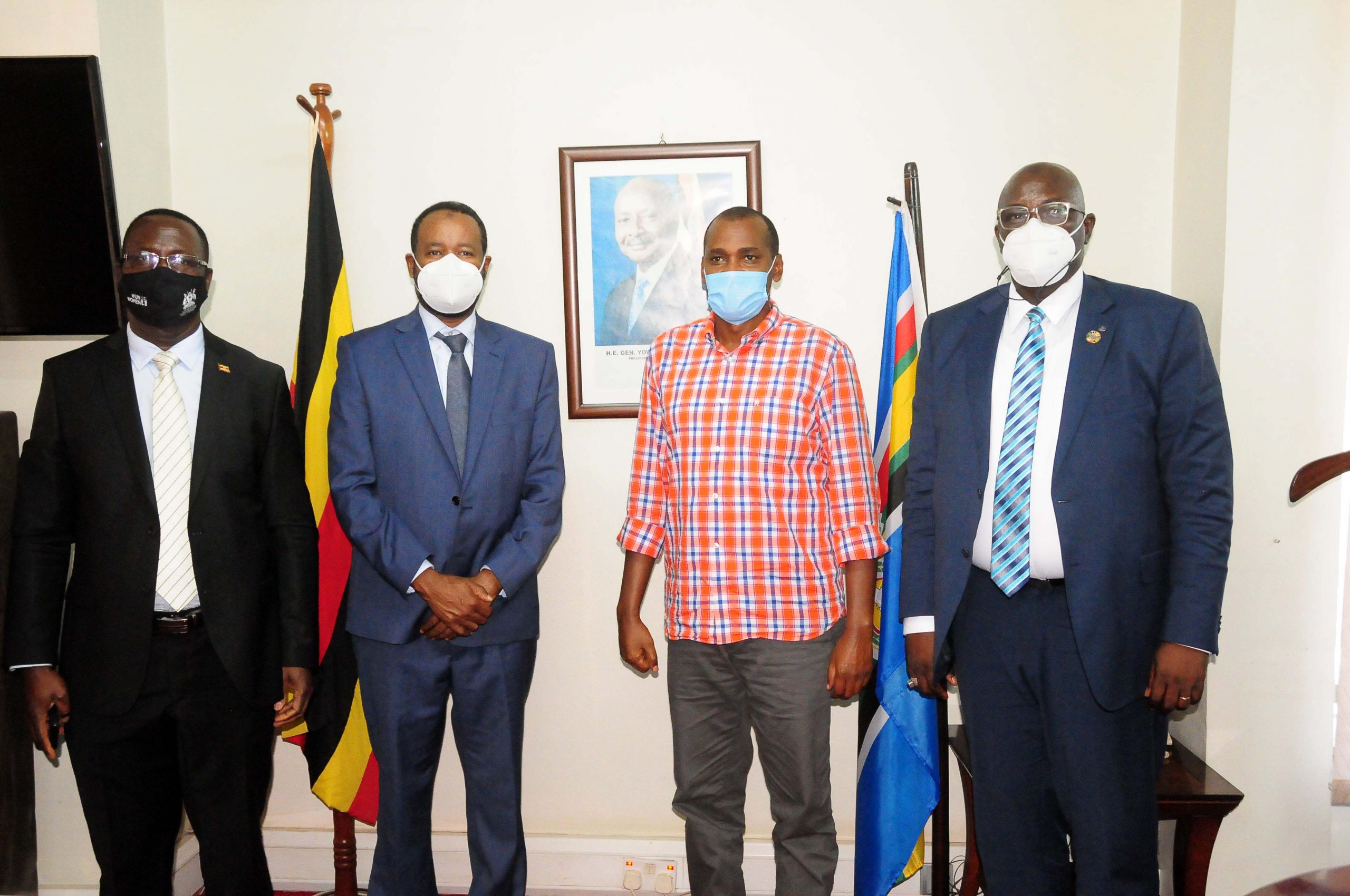 The Minister of Gender, Labour and Social Development, Hon. Frank Tumwebaze has met with the International Organization for Migration (IOM) Regional Director, Mr. Mohammed Abdiker to discuss interventions to strengthen safety and harmonization of country policies for the labour migration sector.

IOM is the United Nations Agency that provides services and advice concerning migration to governments and migrants, including internally displaced persons, refugees, and migrant workers.

During the meeting held at the Ministry offices in Kampala on Wednesday, Hon. Tumwebaze raised concern about the rights violations of migrant workers in the Gulf States and challenged IOM to conduct a study on the vice so as to devise concrete solutions.

“We need to understand what triggers the violations. Is it the limited skills of migrant workers, the culture, or something else? The findings of this study will be key in guiding us on how to influence the Gulf governments to take action”. Tumwebaze said.

The Minister noted that as an international body, IOM should play an “umpire’s role” and impress upon the Gulf States the need to respect rights and freedoms of migrant workers.

Mr. Abdiker noted that the idea of a study was a viable one and promised that IOM would take it on with Saudi Arabia being a case study. He also noted that, as one of the solutions, IOM was interested in strengthening the Regional Ministerial Forum on harmonization of labour migration policies in the East and Horn of Africa region.

“The whole idea is to have a collective bargaining chip for the East and Horn of Africa countries to a level where they jointly push for favorable Bilateral Labour Agreements to draw labour migration and ethical improvements,” He said.

He said that although the forum is currently in place, some countries continue to hold individual negotiations and this creates discrepancies in remuneration and conditions of work. He urged Uganda to prepare for the second physical meeting of Labour Ministers in the region to concretize and put into action objectives of the forum.

Abdiker further commended Uganda for “showing a good example” for recently repatriating back her migrant workers who were stranded in Saudi Arabia at the peak of the COVID-19 global lockdown.