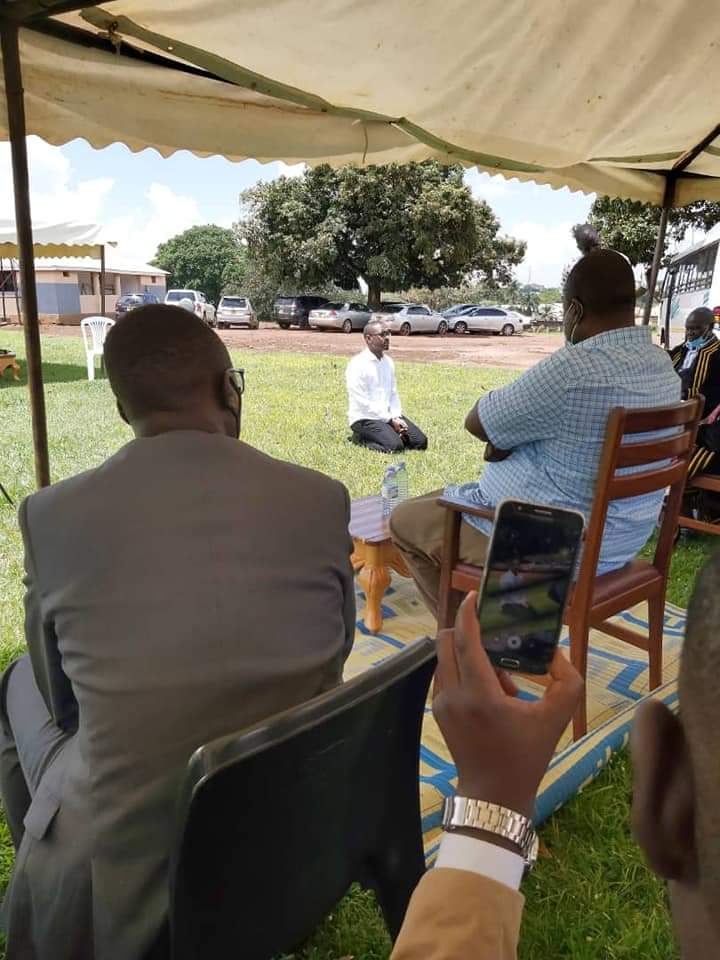 Kanyamunyu shot Akena a so­cial worker with AVSI, a non-gov­ern­men­tal or­ga­ni­za­tion, on Sat­ur­day 12th November 2016 at Lu­gogo Mall in Kam­pala.

The deceased suc­cumbed to in­juries on the morn­ing of Sun­day 13th November at Norvik hos­pi­tal where he had been rushed by Kanyamunyu and his girlfriend Cyn­thia Munwan­gari.

The duo was arrested but has since denied pulling the trigger and ending Akena’s life.

Kanyamunyu shot Akena for allegedly knocking his vehicle a Toyota Prado. The deceased reportedly came out of the car after the incident to apologize to Kanyamunyu, but ended up being shot.

Justice Stephen Mubiru, the Gulu resident judge case who is also the trial judge of the murder case adjourned it indefinitely, in February this year.

Appearing before Akena’s family on Saturday however, Kanyamunyu confessed to having pulled the trigger. When asked why, the businessman said he was just stupid, foolish and evil.

Kanyamunyu on his knees, sought forgiveness from the elders of Akena’s family in a tradition termed as Mato Oput, a ritual meant to unwind the deceased’s murder.

It is also said that the ritual is done when the deceased’s spirit haunts the killer. Kanyamuntu will pay 10 cows three goats.

Mathew Kanyamunyu is in the middle of a murder case along with his brother Joseph Kanyamuntu and Burundian girlfriend Cynthia Munwangali.