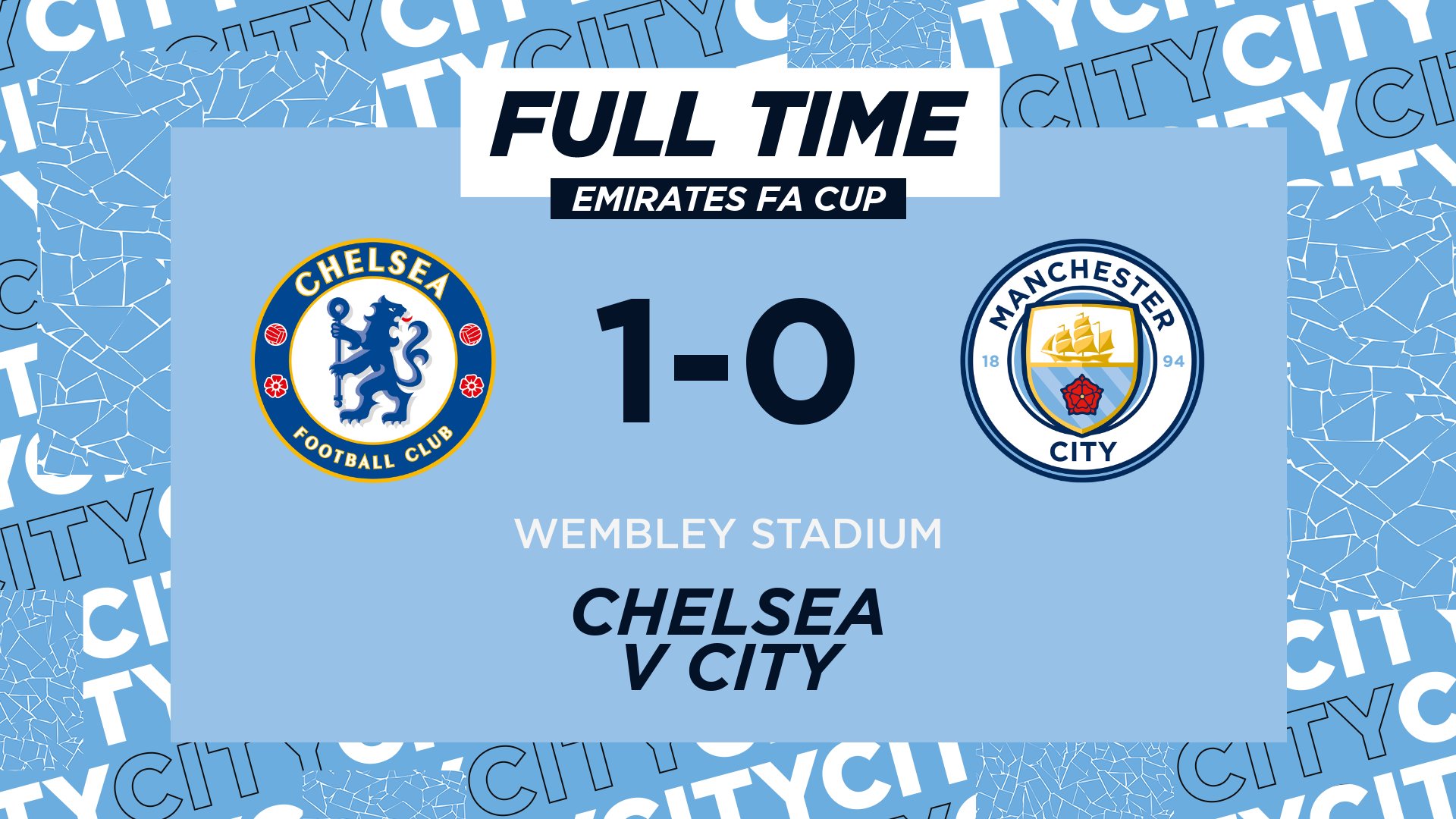 Manchester City has had its hopes of winning the historic quadruple following a loss to Chelsea at Wembley this evening.

Pep Guardiola’s side had sights set on four trophies as they close in on the Premier League title and face Tottenham in the League Cup final on 25 April.

Both City and Chelsea secured places in the last four of the Champions League this week.

Chelsea got Saturday evening victory following a goal from Hakim Ziyech in the 55th minute.

They will play the FA Cup final against either Leicester City or Southampton.

Before he scored the winning goal, Ziyech had a goal ruled out for offside.

Meanwhile, Kevin De Bruyne was injured and limped off in the second half.