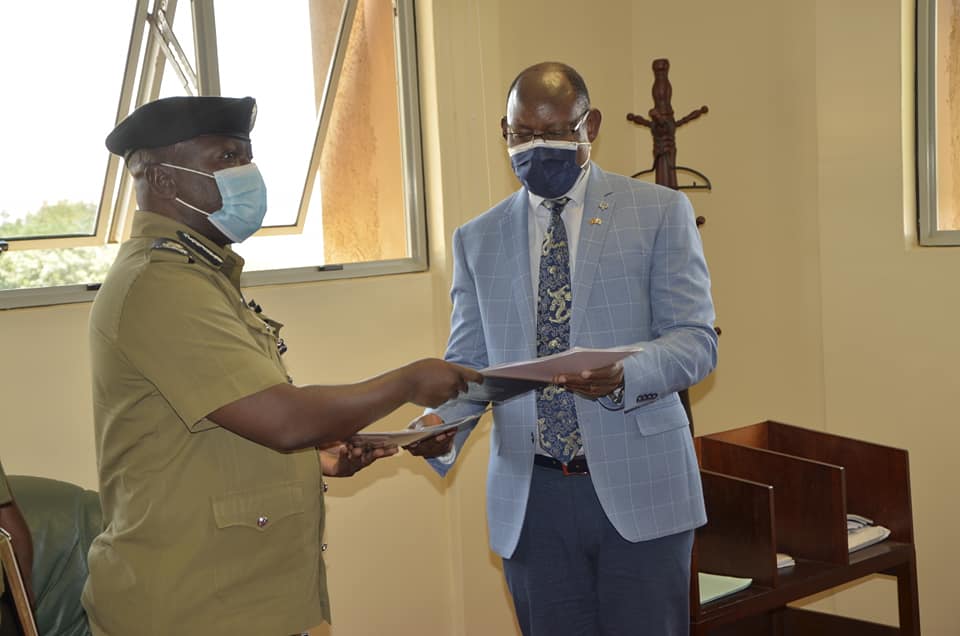 Makerere University and Uganda police force have signed a Memorandum of Understanding to offer Masters Degrees to police commanders in peace and conflict studies.

The MOU which was signed on Monday, is aimed at linking the police senior command and staff college at Bwebajja to Makerere University, to train senior police officers in peace and conflict studies.

According to Godfrey Golooba the director of police human resource development, police wants to professionalize its officers to a level that they can fit anywhere in public service.

He noted that a similar program has been existing between the police college and the United Nations University of Peace based in Costa Rica over the years.

The police’s partnership with the UN University of Peace is slated to end this month, making this a major reason they had to sit and resolve to work with Makerere University to ensure that the police officers are helped to execute their duties professionally with a local University.

Golooba says that this is done to deal with the continuous complaints from the public concerning the behavior of its officers.
During the signing ceremony, Prof Barnabas Nawangwe the vice chancellor Makerere University, said that police is one key sector that needs professionalism to be in position to carry out its duties fairly.

Nawangwe noted that Makerere has all the capacity that will see police attain their objective when it comes to human resource training within the one year master’s program.

The awarding of masters will begin with the current officers at the College, which started in 2015 and has since channeled out different officers.