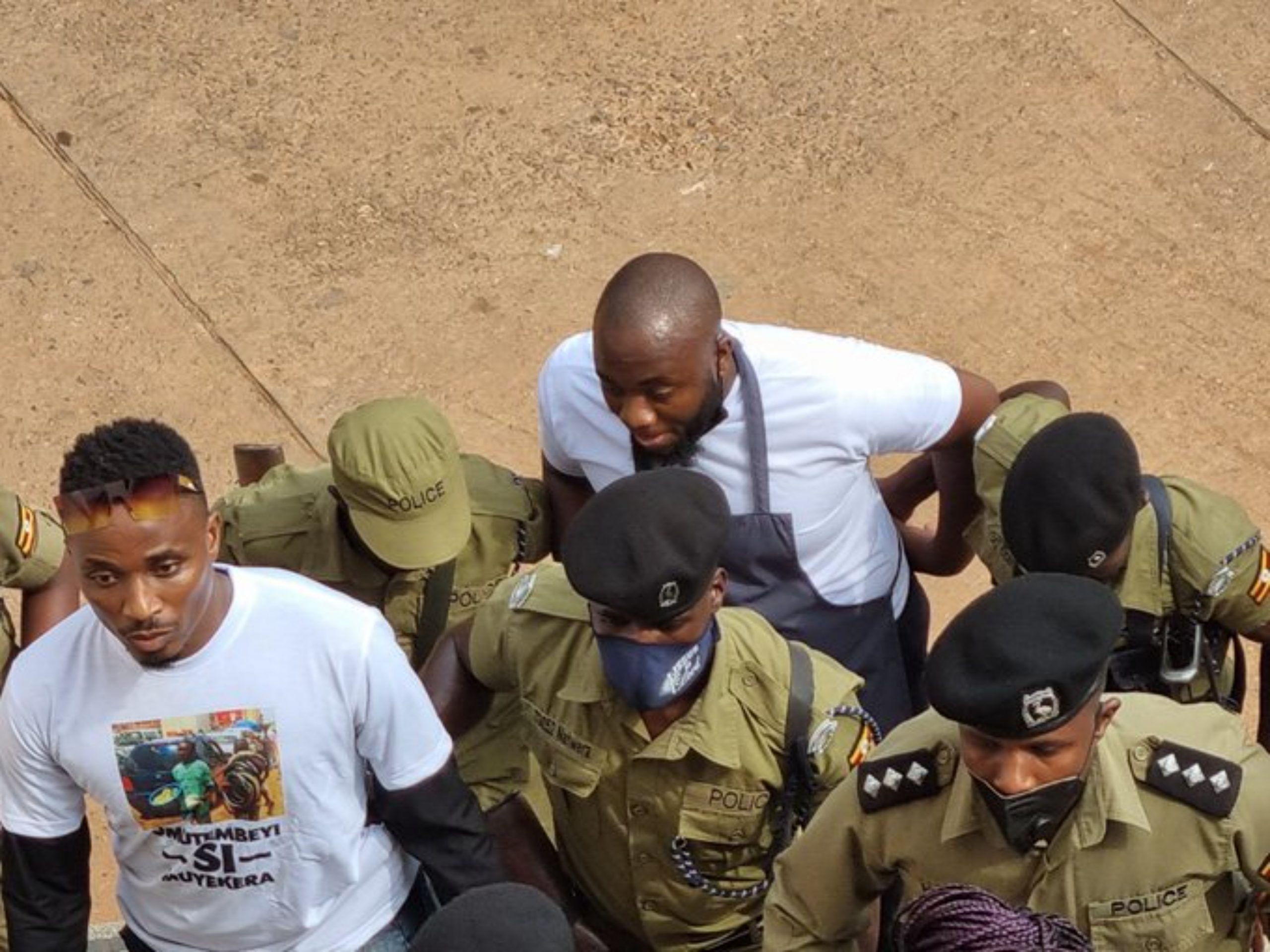 Buganda Road Magistrates Court Grade One Magistrate Sanula Nambozo has Wednesday granted bail to all the four women Lord Councilors who were arrested and sent on remand with ten of their male colleagues for inciting violence.

The female councilors are Zahara Luyirika the KCCA Speaker, Winnie Nansubuga, Rose Kigozi, and Fausta Bitaano who have been on remand at Kigo Prison. They were granted bail on grounds that they are mothers with children to look after, and some of them are breastfeeding.

They were arrested by police on Thursday last week after the Council meeting when they went to Allen Street and started protesting against KCCA’s operations against street vendors and hawkers in Kampala under their Smart City Campaign aimed at decongesting the city.

Nambozo also released Gadafi Jafari Kamya on bail despite being a man, on grounds that he appeared in court via zoom looking sickly and visibly in pain following alleged torture.

Gadafi who was limping alleged that his private parts were smashed with a gun butt in the process of arresting him.

The five have each been directed to pay 500,000 Shillings cash and each of their sureties directed to execute a court bond of 2 million shillings, not cash.

However, the Magistrate noted that in the event that the accused persons abscond from the trial, their sureties will each pay 3 million shillings cash to Court.

The councilors applied for bail through their lawyers led by Kenneth Paul Kakande and Erias Lukwago who argued that they are leaders with KCCA and that they are still innocent until proven to be guilty.

The lawyers further noted that their clients were beaten by police officers in the process of arresting them and that they needed to get medication.

Prior to the ruling, the State Attorney objected to the bail on grounds that the accused persons are leaders at the KCCA where most of their witnesses are supposed to come from, and as such, they are most likely to interfere with the investigations which are still ongoing.

The other nine councilors will remain in jail at Kitalya Min Max Prison until February 14th, 2022 when Court will be sitting to deliver a ruling on their application.