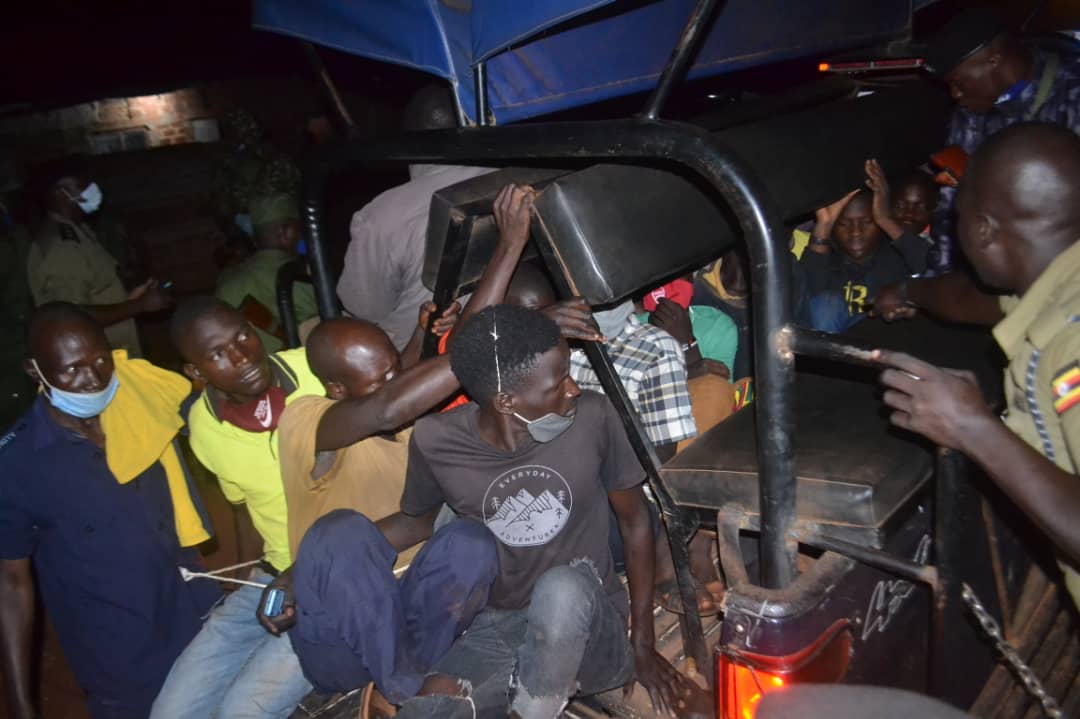 The Police in Lugazi have arrested 71 people who were found drinking alcohol in bars, a violation of the Ministry of Health guidlines on the prevention of the spread of the Coronavirus.

Police carried out the operation following a tip off from the local village leaderships in the communities in Lugazi Municipality that small bars and lodges with bars are operating, ushering in people who received or are yet to get the relief money.

The Joint operation by sister security agencies started at 8:30PM on Tuesday night in the slum areas of the Municipality. Some of the suspects were ladies found positioned themselves around the bars and lodges.

Two officers sustained injuries during the operation after some of the drunk suspects turned violent and started stoning the officers. The officers are receiving treatment at Kawolo Hospital.

Hellen Butoto the PRO Sezibwa Region says there were 10 ladies among those arrested. One is the owner of the bar while others are suspected to be prostitutes who were waiting for clients around the bars, lodges and the truck drivers.

The suspects will be charged with doing an acts likely to spread an infectious disease.We urge all members of the public to remain vigilant and observe the Ministry of Health SOPs.Security agencies shall continue to enforce the guidelines to ensure the pandemic is controlled.