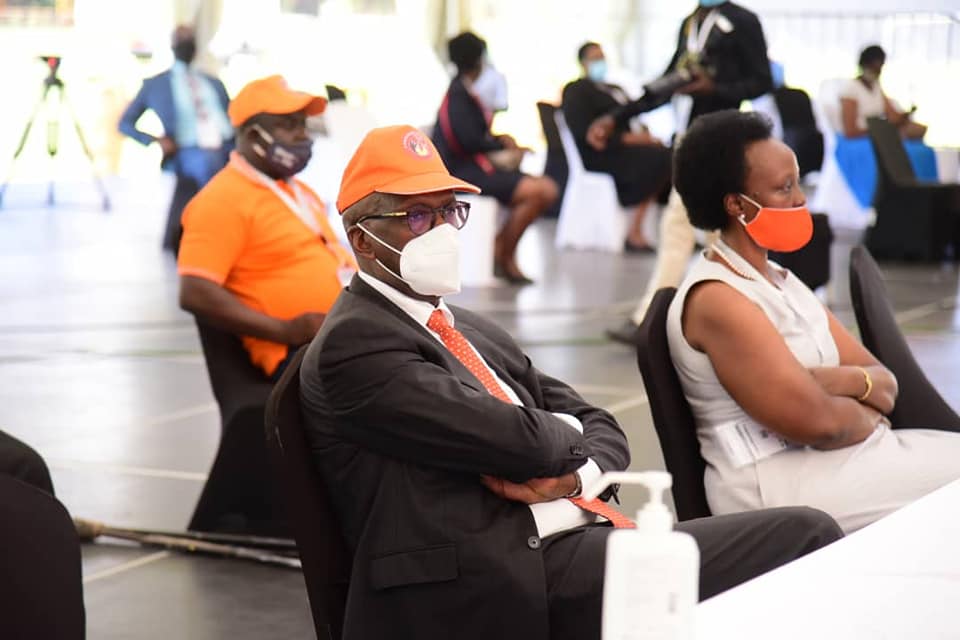 Gen. Henry Tumukunde Kakurugu has been duly nominated to contest in the 2021 Presidential election.

Tumukunde was nominated on Monday afternoon after an issue with his papers that led to a delay of at least one hour.

The EC Chairperson Mugenyi Byabakma said there was an anomaly with some of his papers that needed to be cleared by the commissioner of oaths.

However, Tumukunde rectified the issue and was back to the nomination venue at about 2:00PM where he was duly nominated as an Independent candidate, with a symbol of a clock.

Upon nomination, Tumukunde said the time is now for a renewed Uganda, and asked Ugandans to support him.

“The time is now, it is not yesterday, it’s not tomorrow, the time is now. Let me also acknowledge with gratitude and respect the distinguished service of men and the willing support I have received from Ugandans especially where I have been. I am now honored to say that I’m fortified to pursue the struggle to every direction” Tumukunde said.