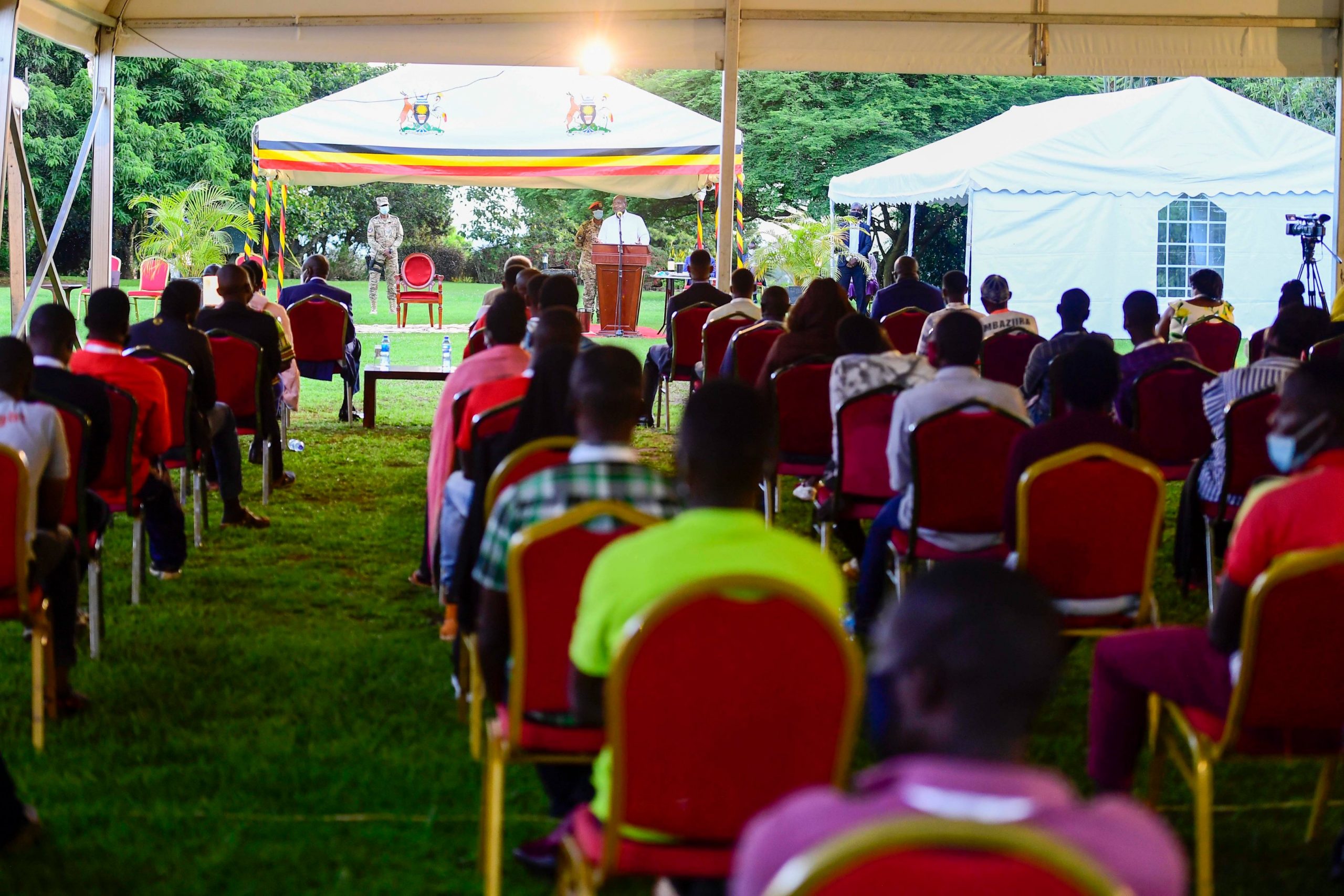 President of the National Unity Platform, NUP Party Kyagulanyi Ssentamu Robert has accused President Yoweri Museveni of paying off some people to pose as NUP supporters.

On Thursday, President Museveni said he had met with a section of members of the opposition NUP, and assured them of working together.

“Meeting a section of coordinators and members for the opposition National Unity Platform (NUP) at State House Entebbe. I appreciate their views on the different failures of the NRM, and my assurance is that we shall work together to address such” the President tweeted.

The tweet spread like wild fire, with many Ugandans fearing that some NUP leaders had been convinced into joining the enemy camp, while others said it had all been made up by Museveni and it was all a lie.

However, the party President, Robert Kyagulanyi says it is all a lie and that people who met with the President were not his party members, but a bunch of men and women who had been paid by Museveni for optics.

“Shameless! After killing, maiming, torturing and imprisoning NUP supporters, he has the audacity to pay & parade people and claim they’re NUP! His usual methods! He’s too desperate to cleanse himself as the world gets to know the extent of his raw greed and brutality” Kyagulanyi said.

The president has been meeting different groups of people, especially youths and journalists since he was declared winner of the January 14th 2021 presidential election.

Kyagulanyi says that Mr. Museveni is so desperate to cleanse himself, but fails to realise how late it is for him.

He added that for the past many years, he has always paraded random individuals who he claims have crossed from the opposition to his sinking ship. He accused the NRM of going as far getting soldiers and dressing them in NUP T-shirts so that they say our people were crossing over, during the last election campaigns.

“At times they will get one sell-out for the optics and parade him or her with other random people. It is very important for all of us to understand how dictators operate. Like I said in my address yesterday, Museveni right now is under pressure with criminal charges potentially hanging over his head at the ICC. He is being isolated by the international community. He is preparing to swear himself in illegally next week and of course he is too ashamed. He now has to pull off some of these desperate theatrics to portray himself in better light before the very citizens he has butchered in cold blood, kidnapped and subjected to all manner of torture and humiliation” Kyagulanyi said.

Adding that; “he is too embarrassed that the people of Entebbe where he lives illegally rejected him flat in the election and no amount of rigging there could save him. My message to him: None of this can work. We are awake and watching. We the people must remain focused on the goal.”