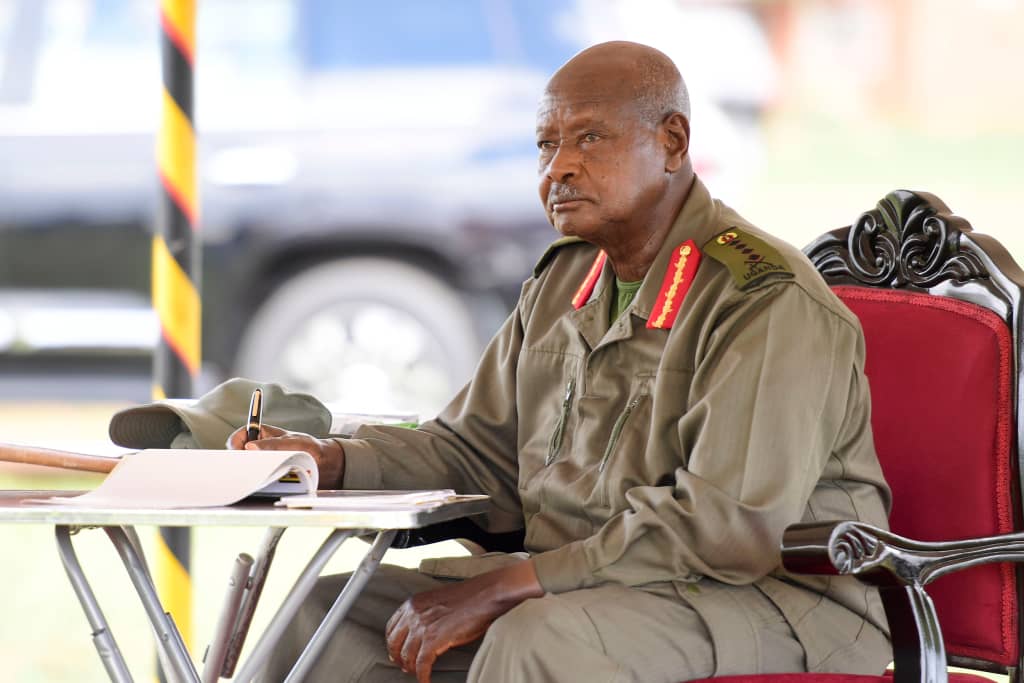 Government has officially announced 12th May 2021, as a Public Holiday, in honor of the Swearing- In Ceremony for the person elected president of Uganda on the 14th January 2021 Presidential and Parliamentary Elections.

Hon. Judith Nabakooba the Minister for ICT and National guidance says Ugandans went to the Polls to exercise the right to democratically elect leaders at both the Presidential and Parliamentary levels of Governance.

“Several political parties participated in these elections and did their best to convince voters to buy into their manifesto but Ugandans preferred the NRM. President Yoweri Museveni won with 6,042,898 which is 58.38% of all the votes cast at the Presidential level.  The total number of voters that participated in this election was 10,744,319” she said.

The minister added that NRM won across the country at the presidential, parliamentary and local council levels with a convincing majority, and that this victory across all levels gives the NRM legitimacy over the next five years to continue shaping the transformation of our motherland Uganda.

The theme for the Swearing-In Ceremony is, “Securing the Future”.

The function will take place at Kololo Ceremonial Grounds in Kampala starting at 7:00 a.m and only 4,042 people from different categories of Ugandans have been invited, unlike the previous ceremonies when all Ugandans would be invited and they would gather at Kololo in their hundreds of thousands and would party till late.

“Due to the challenges of wanting to have a seamless function without anybody contracting the deadly COVID 19 disease, The National organizing Committee (NOC) is strongly guided to observe SOPs to avoid guests invited from both within the Country and those from outside Uganda the dangers of contracting Covid 19. Invited guests will be seated in clusters of 200 people in the raised tents and all the social distancing will be observed as guided by the Ministry of Health Standard Operating Procedures against the Covid 19 pandemic” the minister added.

According to Nabakooba, the Kololo Grounds are too big to guarantee safe sitting arrangement for all invited guests, while the Sitting and Ushering committee together with Construction Committee have finished mapping the grounds for effective and safe sitting of our guests.

All invited guests will undertake a Covid 19 test three days to the D day and their results will be kept in the centralized database at Kololo which will be used as a basis for admission to the ceremonial grounds. Those that will be found Covid 19 positive will be contacted before and told not to come.

Only 17 Delegates from each District have been invited for the ceremony. Also invited are; all members of Parliament Elect, all former Presidential Candidates who participated in the January 14th General Elections, all Ministers and Ministers of state, all CEC members, all Members of the East African Legislative Assembly, a few People belonging to the Business Community, a few Religious leaders, a few Cultural leaders and Half list of the normal VIPs.

“12th May will be a public holiday. We therefore, call upon all Ugandans to follow the proceedings of this function on their national televisions and radios since it will be broadcast live on all national broadcasters. Preparations are in high gear for this great day. We expect many heads of states across the world to join president Museveni in Kololo for his Swearing –In Ceremony. Many delegations across the world are also expected to be part of these celebrations” the minister added.