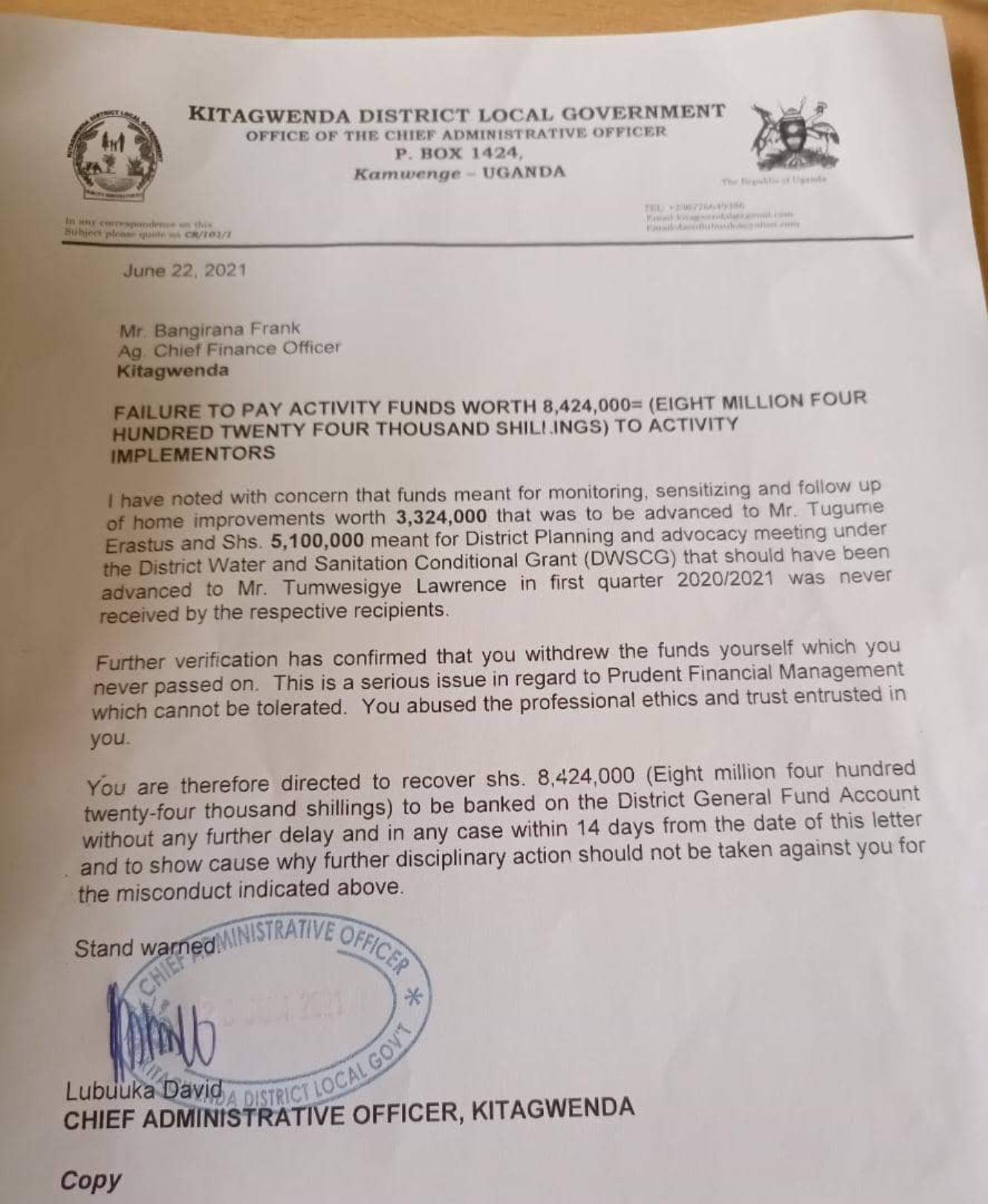 Kitagwenda District Chief Finance Officer Frank Bangirana has been interdicted over disappearance of over 300 Million Shillings meant for different activities in the district.

According to a letter dated 22nd June 2021 from Lubuuka David, the Chief Administrative Officer Kitagwenda, Bangirana first received Shillings 3,324,000, an advanced payment meant for Mr. Tugume Erastus and another Shillings 5,100,000 meant for District Planning and advocacy meeting under the District Water and Sanitation Conditional Grant (DWSCG) that should have been advanced to Mr. Tumwesigye Lawrence in the first quarter of 2020/21.

However, Lubuuka says the recipients did not receive the said monies.

The CAO’s letter indicates that further verification confirmed that Bangirana withdrew the funds himself but never passed them on to the beneficiaries.

“This is a serious issue in regard to Prudent Financial Management Fees which cannot be tolerated. You abused the professional ethics and trust entrusted in you” Lubuuka wrote.

He therefore directed Bangirana to recover shs. 8,424,000 (Eight million four hundred twenty-four thousand shillings) to be banked on the District General Fund Account without any further delay and in any case within 14 days from the date of his letter.

The CAO further warned that the accountant needed to show cause why further disciplinary action would not be taken against him for the misconduct.

It had earlier on in February when an internal audit was conducted, been discovered that more than 300 Million Shillings was missing. The money was meant for the tarmacking of a one kilometer road in the town council.
According to Sam Evidence Orishaba, the Kitagwenda Deputy Resident District Commissioner, the actions of Bangirana have denied residents access to social services.