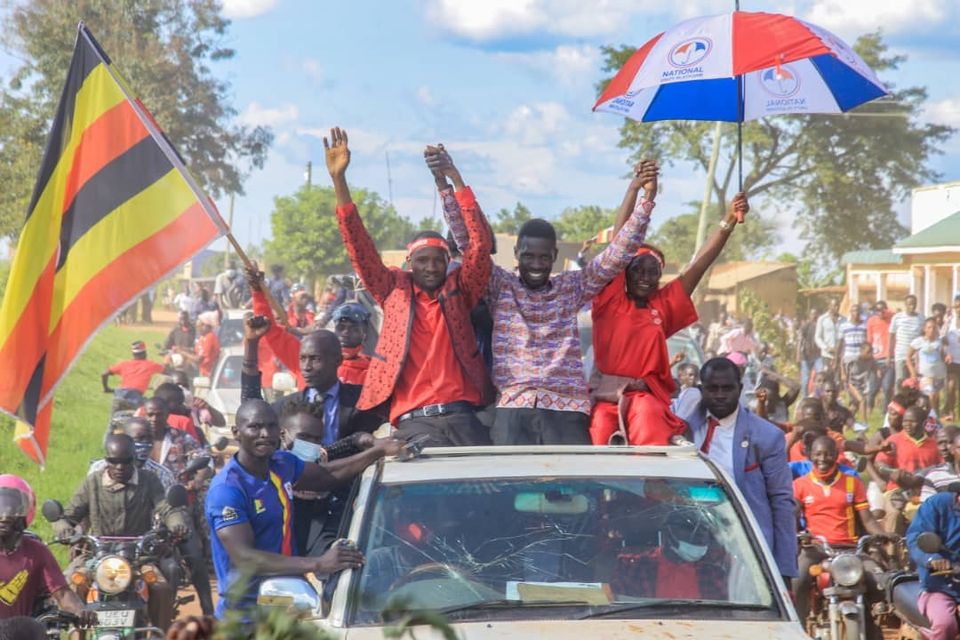 Government has been accused of portraying a wrong picture of the opposition presidential candidates’ campaigns by sending the police to block their supporters from turning up to campaign venues or even wave at them on the roadsides.

National Unity Platform Presidential candidate Ssentamu Robert Kyagulanyi says the reason why the regime blocks them from accessing the towns where people are or using the main roads where people constantly line up to wave to him or drives them to hold campaigns tens of miles away from populated areas, is because they want the world to see only 5% of the support that the opposition candidates have.

“But even if only 5% of our supporters manage to brave the teargas, the live bullets, the harassment and beatings from the police and military, that 5% is also too much for them to contain.

He accused the police of acting in a very criminal manner, with some police officers removing name tags from their uniforms, others hide their faces and even hide the number plates of the police patrol cars they use because they know what they are doing is criminal.

“I want to thank the people of Nakaseke, Kapeeka and Semuto for the overwhelming support you showed us yesterday even amidst the flying bullets, a day time curfew and ban on boda-bodas by the military” Kyagulanyi says.

On Thursday, the electoral commission wrote to the police with concerns over reports they had received that some candidates were being blocked from accessing their campaign venues.

Justice Simon Mugenyi Byabakama the EC chairperson warned the police that it is the right of the candidates to carry out campaigns as long as they have a harmonized campaign program and follow SOPs.

Kyagulanyi, FDC’s Patrick Amuriat, ANT’s Mugisha Muntu and Independent candidate Henry Tumukunde are some of the presidential candidates who claim to have been blocked from accessing some of their campaign venues.

In his response, Martin Okoth Ochola the Inspector General of Police asked the EC to name those candidates who reported his officers, claiming that such a case may not be solved until the aggrieved party is mentioned.