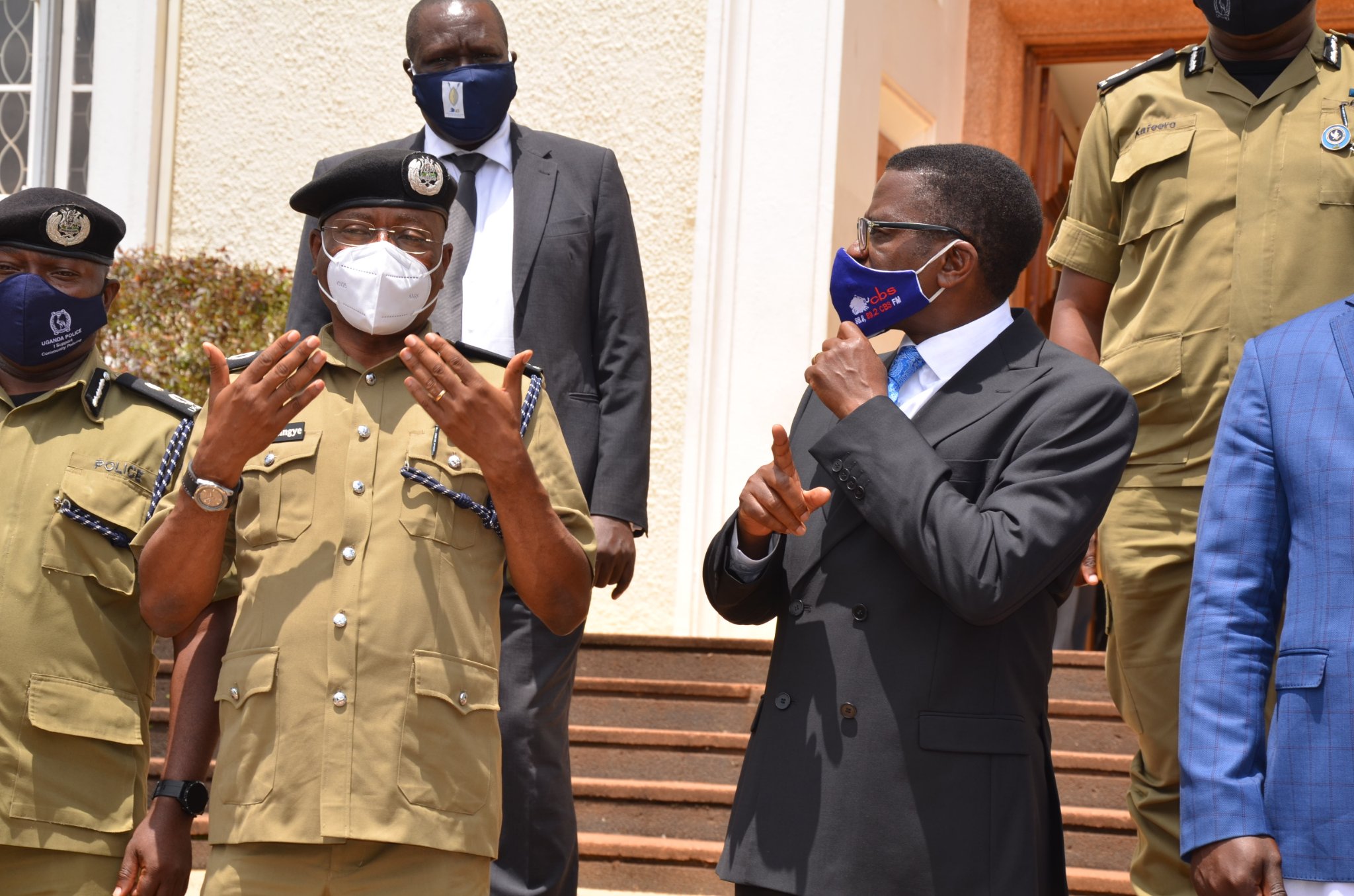 The Katikkiro of Buganda, Owekitibwa Charles Peter Mayiga has called for disciplinary action against the Mityana DPC Mwine Mukago who led a team of police officers that disrupted the mbogo clan function on Saturday.

The subjects of mbogo clan had thanksgiving Prayers for the Omutala Kayiira for his dedicated service to Buganda Kingdom as head of the bataka clan leaders. During the sacrifice of Mass led by the retired Bishop JB Kaggwa of Mityana, Mwine Mukago led a team of officers who commanded the Bishop to rush through Mass.

They also fired teargas and live bullets to disperse the crowds that had allegedly started growing. This left some old people unconscious and drew a lot of criticism from members of the public especially the Buganda kingdom subjects and the Catholic Church.

On Tuesday, AIGP Asan Kasingye the Chief Political Commissar led a delegation to Mityana where they sought forgiveness from the Bishop. Today, Kasingye led the same delegation to Bulange Mengo to apologize to the Buganda kingdom subjects through the Katikiro.

The team briefed him on what happened in Mugulu Ssingo and also apologized to him, the people of Buganda and members of the Mbogo Clan for the operational lapse and disruption of the ceremony by the territorial police.

The Katikkiro was more appreciative, and the team promised a stronger cooperation between the Buganda Kingdom and the Uganda Police Force. He however insisted that the commander faces disciplinary action.

According to Kasingye, the legal teal will look at the relevant disciplinary offence and that it is not possible to tell what punishment he will receive as of now.