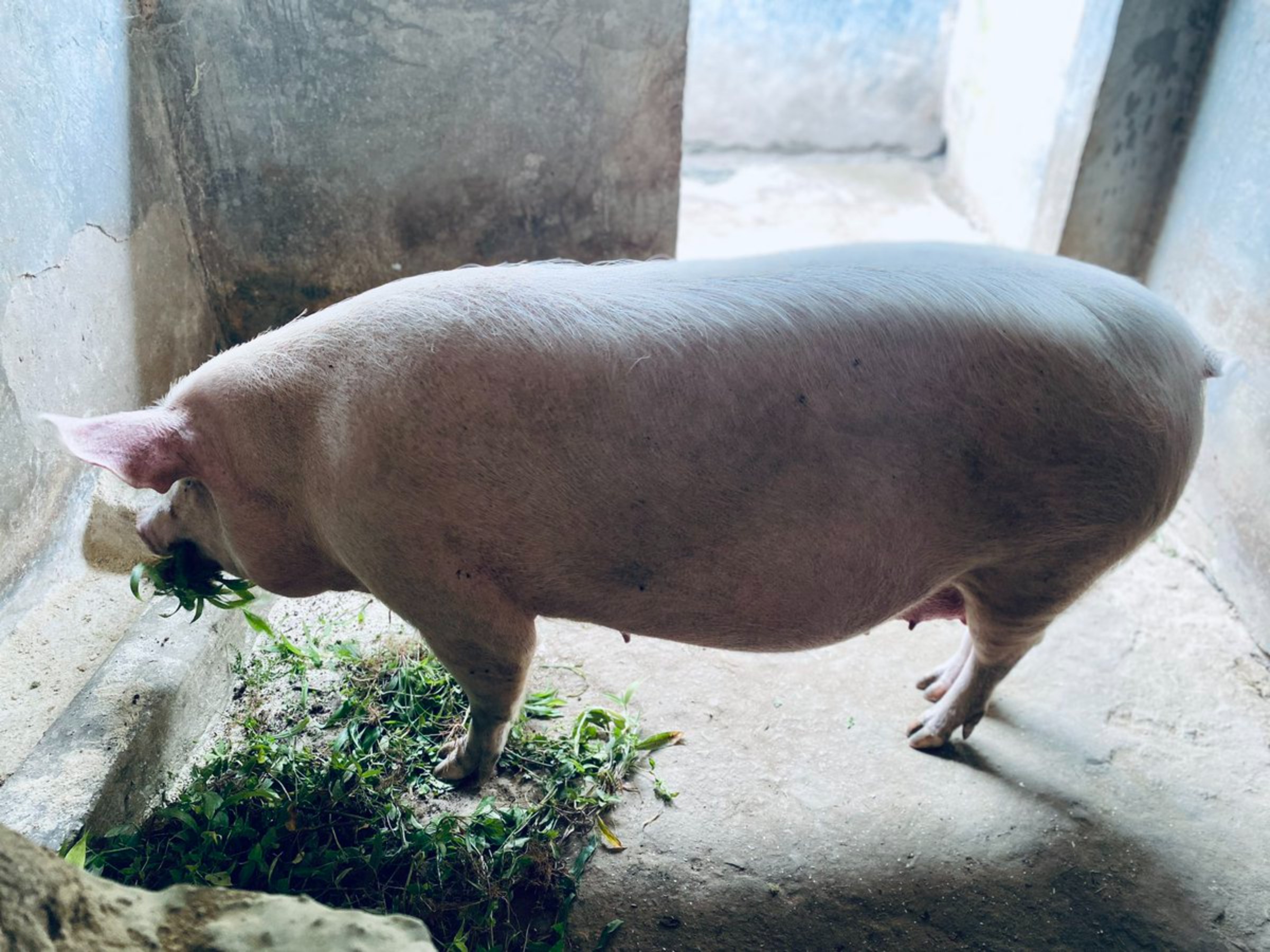 The Kalungu district LC 5 Chairman Ahmed Nyombi Mukiibi, has issued an apology to the Muslim community, for touching pigs which is against Islamic principles.

Mukiibi was ordered to apologize after touching the pigs while distributing over 100 pigs under the Operation Wealth Creation (OWC) to the residents at the district headquarters in Kaasabale village on Saturday.

The chairman who is also a Muslim physically carried the piglets one by one and handed them to the respective beneficiaries.

He later defended his actions, saying that as a leader he had to lead by example to ensure that the piglets reach the intended beneficiaries.

Muslim leaders immediately demanded an apology and threatened to summon him for disciplining for defying the religious principles by touching animals that are considered unclean in the Islamic faith.

Some Muslims even threatened to storm Mukiibi’s office to express their dissatisfaction with his disgraceful conduct.

However this morning, Mukiibi issued a  public apology to his Imam, local Muslim leaders, Kadhi and the Mufti of Uganda for contravening Islamic principles.

He noted that he has been receiving calls from different people including Muslim leaders in the district and the region seeking an apology.

He noted that he was not aware that Islam doesn’t only prohibit eating pork but that touching pigs too was a crime.

He says that the incident has helped him to understand that even touching swine is forbidden.

Mukiibi said that he had realized his mistake and repented to his creator and apologized to Muslim leaders at various levels.
Sheikh Badru Wasajja Kiruuta, Kalungu District Kadhi, says that they talked to Mukiibi not to engage himself in distributing pigs since it is prohibited for Muslims to touch and eat pork.