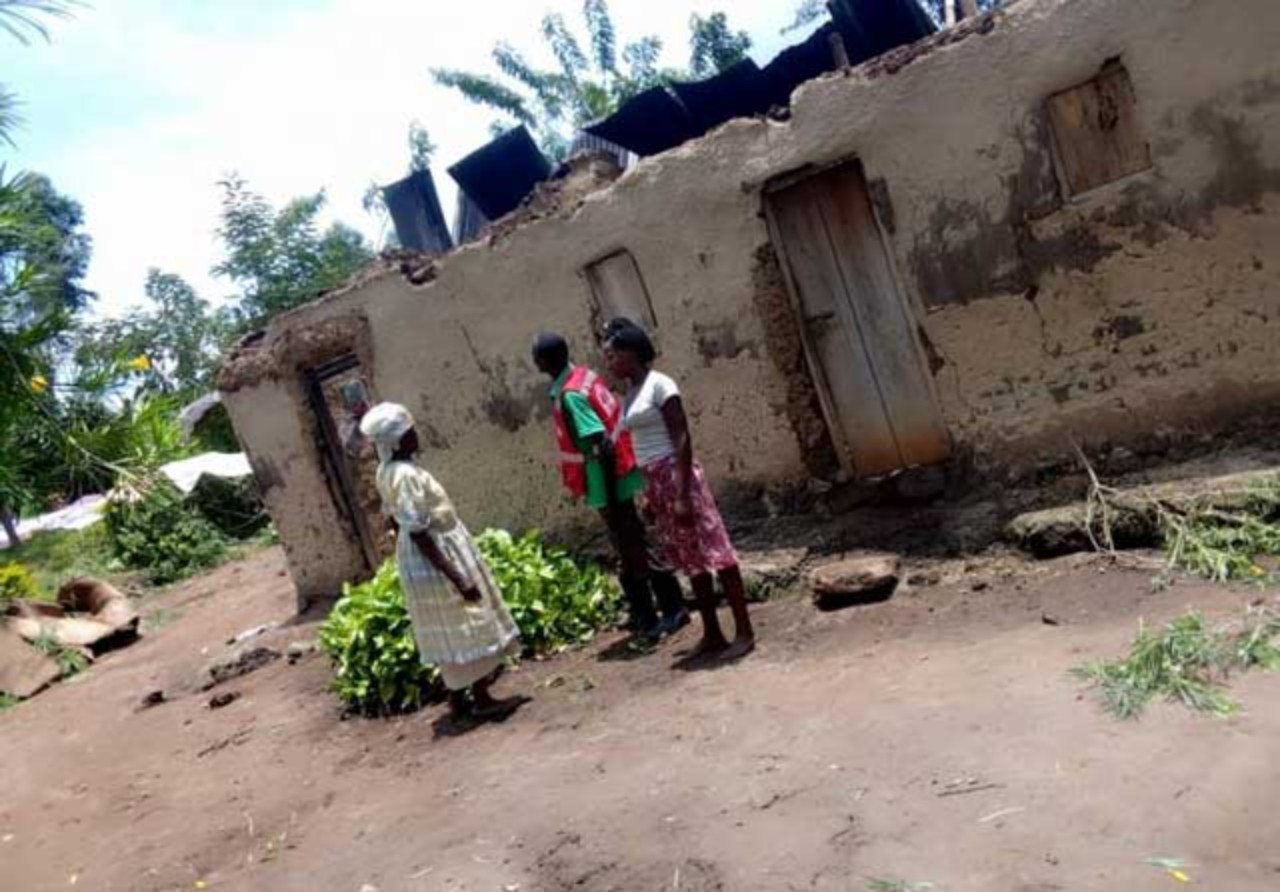 At least 200 people in areas of Nabunga village in Kifamba sub-county in Rakai district have been left homeless following heavy rains that destroyed their homes and food gardens on Monday evening.

The downpour also left several people, especially the elderly injured while different household items and gardens were destroyed. The residents are currently stranded and do not know what to do to recover from the damage.

One of the affected residents identified as Sande Matovu lost his two-acre banana plantation and several trees. He says he has nothing to feed his family because he was depending on the plantation for food.

Another resident Godfrey Katumba says that he will have to sleep in the bush with his family for some days as they plan to rebuild their house. He appealed to the district leadership to send them some aid in form of tents and food.

According to Margaret Nangonzi, the Elderly councilor for Nabunga parish, hunger looms in the aftermath of the destruction of the food plantations.

Local leaders have appealed to the district authorities and area MPs Boaz Kasirabo and Juliet Kinyamatama to intervene and support the affected residents.

They also appealed to the Prime Minister Robinah Nabanja to support them through the Disaster preparedness ministry.

The local authorities have attributed the destruction to the lack of trees that can act as windbreakers.