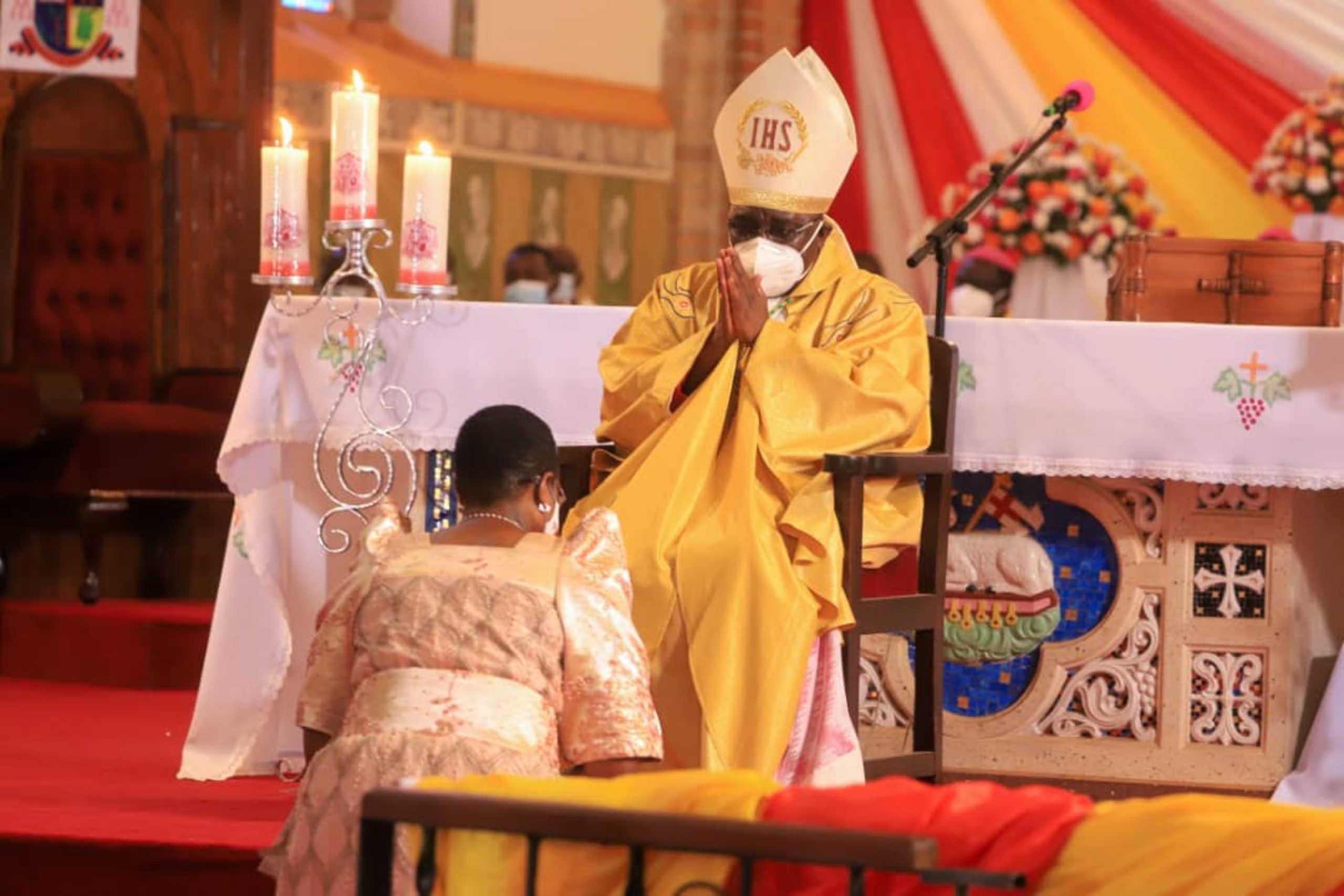 The Archbishop left his former Diocese Kasana-Luwero this morning for his installation at the Sacred Heart Cathedral Lubaga, in Kampala.

He first attended private prayers in the adoration chapel and thereafter mass in Our Lady of Fatima Queen of Peace in Luwero town.

He set off from his pastoral home in Luweero at 06:57 am and waved goodbye to Christians who had lined up to bid him farewell.

He has this morning officially been installed as Archbishop of Kampala Archdiocese, replacing the late Dr. Cyprian Kizito Lwanga who died on April 3, 2021.

In his speech after installation, His Grace Ssemogere thanked the Buganda Kingdom for welcoming the Missionaries who brought the Roman Catholic Faith to Uganda and allowing them to settle on its land.

He urged all Baganda to continue protecting their land, noting that without land they are wanderers.

He also thanked his uncle and caretaker Dr. Paul Kawanga Ssemogerere the former DP President for his lifelong parenting advice.

He pledged allegiance to Pope Francis and thanked the Holy Father for choosing him for this task.

His Grace Ssemogerere further thanked the Papal Nuncio Luigi Bianco for helping him prepare for this day, especially throughout the last year when he served as Apostolic Administrator for Kampala Archdiocese since April.

The installation Mass was attended by several dignitaries including the representatives of Buganda Kingdom led by Katikkiro Charles Peter Mayiga, Vice President of Uganda, H.E Jesicca Alupo, Deputy Speaker of Parliament Anita Among, NUP Party President Kyagulanyi Ssentamu Robert, and Leader of Opposition in Parliament Mathias Mpuuga, among others.