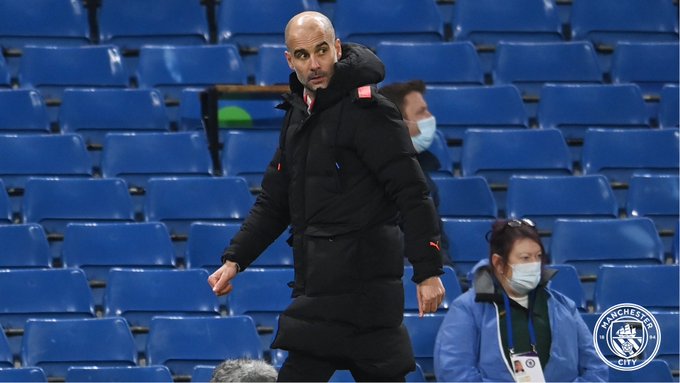 Manchester City Manager Pep Guardiola has noted that his team played an excellent game on Sunday evening as they beat Chelsea at Stamford Bridge.

Man City won the game that ended 1-3, with Pep explaining that while the result is excellent at Stamford Bridge, the way his team played was really great –‘you can’t win titles without playing like that.’

“Chelsea are one of strongest teams and they are suffering from last game, but you see the quality of their players and the bench. We had a plan – we tried to play like we have in the past and it worked” Guardiola said.

According to Guadiola, his players were excellent in every way especially with the ball.

“We cannot play like other teams, we have to play in our rhythm and attack in the right moment. We won titles in that way, more patient. We have missed a bit of this tempo and today we had it” he noted.

The game’s result lifted City up to fifth in the table, four points off Liverpool and Manchester United with a game in hand on both.

Frank Lampard thwe Chelsea Manager admitted that his side were going through a “tough spell” after being frustrated by Aston Villa at Stamford Bridge on Monday.