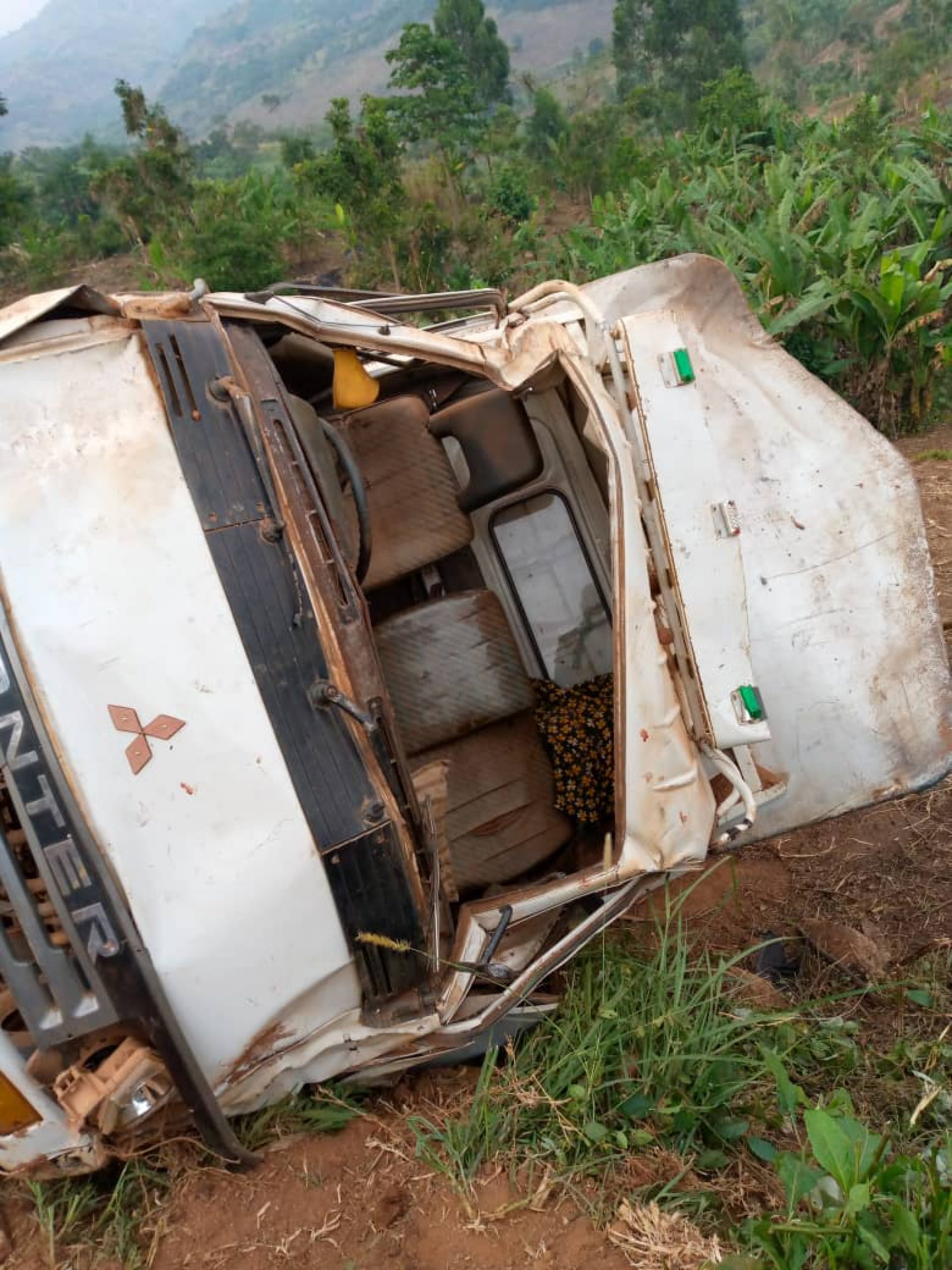 Four people have perished in an accident that happened at Kyayiguma village along Hapuyo-Kibaale road at about 5:00 pm on Thursday evening.

According to ASP Vicent Twesige the PRO Rwenzori region, the victims were all cattle traders who were returning from Rwensasi Stock Market heading to Kibaale and Kagadi Districts in a canter truck Reg. No UAZ 965G, white in color.

Meanwhile, an unknown number of victims sustained serious injuries and were rushed to Kyegegwa Hospital for medical attention.

The deceased’s bodies have been taken to Kyegegwa Hospital for Postmortem.