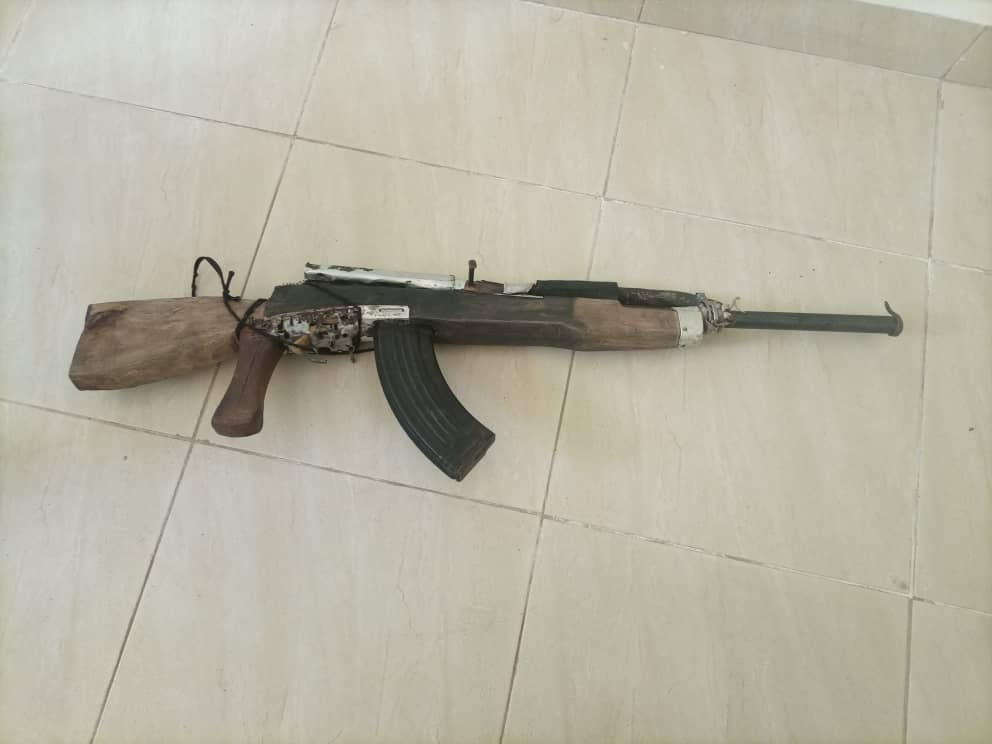 The Police in Serere has in its custody Augesa Emmanuel, a 33-year-old former convict of murder for being in possession of a handmade ghost gun.

Augesa is alleged to have jumped over the fence of Opolot Christine, a 68-year-old retired nurse of Alilimo cell, Akisim ward, Kyere Town Council, and threatened to shoot and kill her along with her housemaid, Apokorit Rhoda, aged 30.

The victims alerted the neighbours who came to their rescue, forcing the suspect to flee.

The victim later made a complaint at the police in Serere, causing the arrest of the suspect who was found at a bar in Kyere Town Council.

Upon arrest, a thorough search was conducted at the suspect’s home in Obul village, Serere district, where the handmade ghost-gun was recovered.

CP Enanga Fred the Police Spokesperson says the gun had a firing pin, magazine, with two bullets of an AK 47 rifle and was fully functional, upon being test-fired.

“We do strongly condemn the illegal manufacture of handmade guns because they end up in the wrong hands of criminals who use them in senseless acts of violence and impunity. Such handmade guns have no serial numbers and therefore, cannot be traced in the database of guns fingerprinted,” Enanga says.

He applauded the community in Serere, for availing us credible information. This proactive approach helps a lot in preventing crime.

“Every time we recover a gun from criminals, it restores confidence and public safety within the community.  The suspect is to be charged with being in illegal possession of a firearm, aims to traffic and dealing without a firearm license, criminal trespass and threatening violence.”

Continue Reading
You may also like...
Related Topics:Featured, Gun