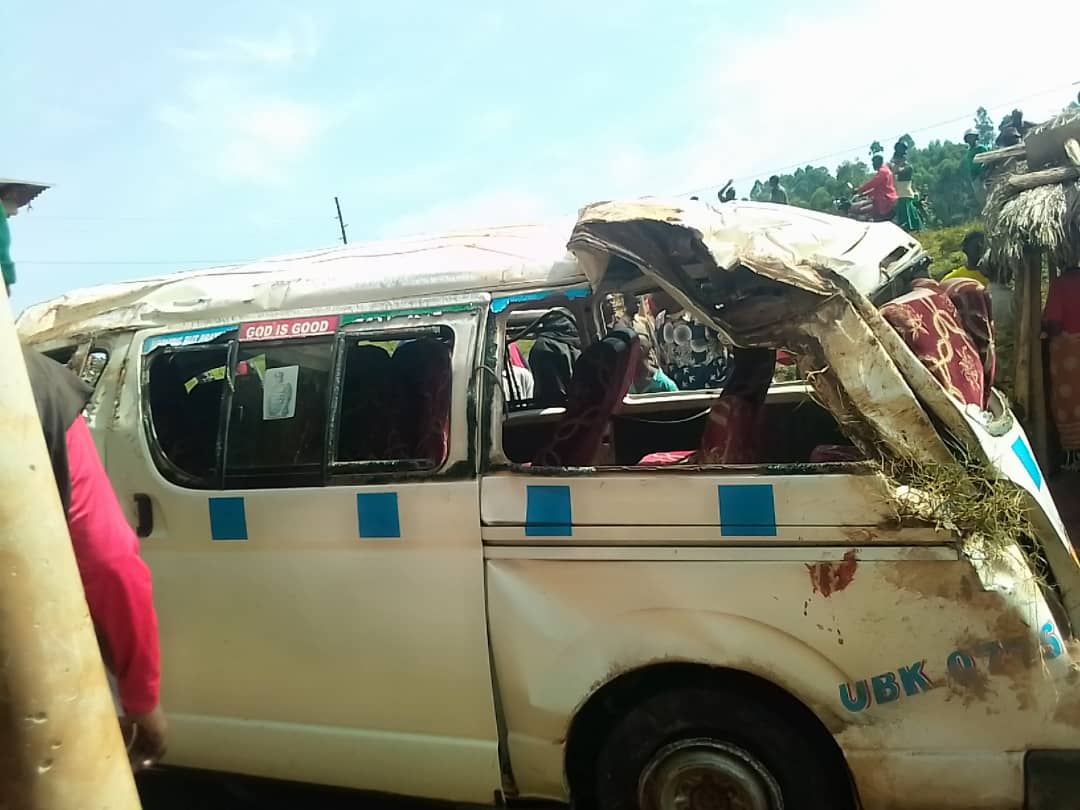 Our officers in Kyegegwa are investigating a single Fatal accident that claimed lives of five people. The accident involved Motor vehicle, a taxi reg No UBK 077S Toyota Hiace (drone) white in color.

The incident occurred today 26/05/2022 at Kyasitiri along Kyenjojo_Kyegegwa Highway at about 0900hrs.
The taxi with 13 passengers was travelling from Bunyangabu (Kibiito) headed to Kampala via Fort Portal city when it got a tyre burst.

The deceased have been identified as Byamukama Hebert 46 years, a resident of Kyaduri Kyenjojo District, Katusabe Consolata 47 years from the same address and another one only identified as Agondeze.
Two others, both male adults are yet to be identified.

According to Vicent Twesige the PRO Rwenzori West, all the injured persons have been rushed to Mubende referral Hospital for further Management.

Meanwhile, the deceased bodies have been conveyed to the Kyegegwa Hospital mortuary for post mortem.
A team police officers led by Aip Nkwasibwe Alfred DTO Kyegegwa.
The motor vehicle is yet to be towed to CPS Kyegegwa.