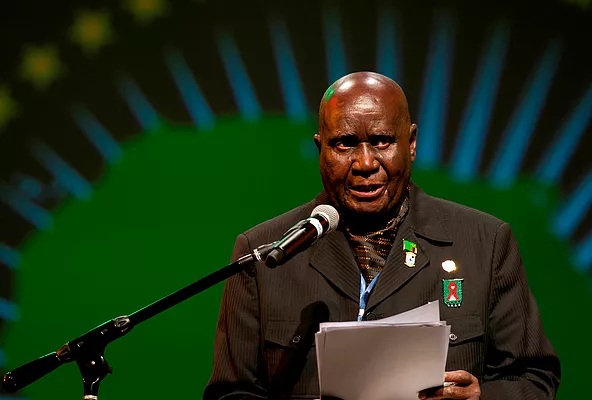 Zambia’s first president Kenneth Kaunda is dead. Kaunda is one of the last of the generation of African leaders who fought colonialism.

He died on Thursday at age 97.

The former President was admitted to a military hospital in the capital, Lusaka, on Monday suffering from pneumonia, and his aides insist he did not have Covid-19.

Kaunda was a key figure in the 1950s, in what was then Northern Rhodesia’s independence movement from Britain.

He became president following independence in 1964.

He stepped down after losing multi-party elections in 1991.

“I learnt of your passing this afternoon with great sadness,” he wrote on Facebook. “On behalf of the entire nation and on my own behalf I pray that the entire Kaunda family is comforted as we mourn our First President and true African icon.”