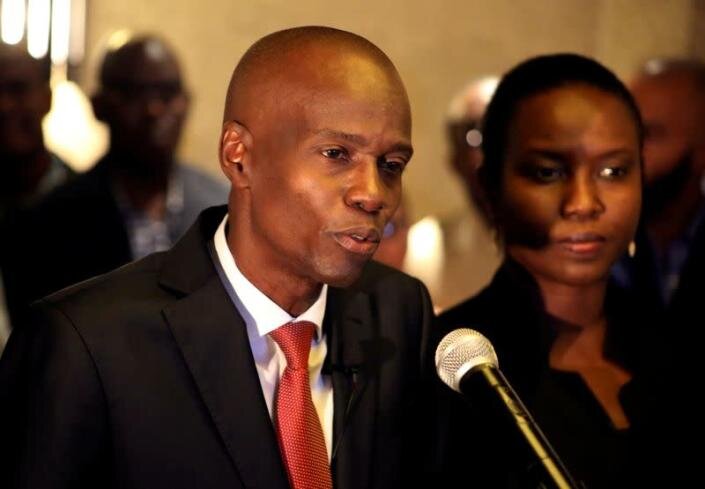 Haiti’s interim prime minister Claude Joseph has taken over as head of state following the assassination of President Jovenel Moïse who was killed in an attack on his home in the nation’s capital.

He said the president’s home in Port-au-Prince was stormed by unidentified gun men at 01:00 local time (05:00 GMT).

First Lady Martine Moïse was also injured in the attack.

Mr Joseph said that “all measures had been taken to guarantee the continuity of the state”.

He has now taken control of the troubled Caribbean nation, and has urged the public to remain calm.

He called the shooting of the president a “heinous, inhuman and barbaric act”.

Jovenel Moïse, 53, had been in power since February 2017, after his predecessor Michel Martelly stepped down. Mr Moïse’s time in office was rocky as he faced accusations of corruption and was challenged by waves of often violent anti-government protests.

There were widespread protests in the capital and other cities earlier this year, as people demanded his resignation.

Haiti’s opposition said that Mr Moïse’s five-year term should have ended on 7 February 2021, five years to the day since Mr Martelly stepped down.

But there had been a year’s delay to elections after that, and Mr Moïse insisted he had one more year to serve as he did not take office until 7 February 2017.

In February, on the day the opposition wanted him to leave office, Mr Moïse said an attempt to kill him and overthrow the government has been foiled.

Chronic instability, dictatorships and natural disasters have left Haiti as one of the poorest nations in the Americas. It has seen an increase violent gang crime and kidnappings as well as worsening living standards in a nation where nearly 60% already live below the poverty line.

An earthquake in 2010 killed more than 200,000 people and caused extensive damage to infrastructure and the economy.

A UN peacekeeping force was put in place in 2004 to help stabilise the country, and only withdrew in 2017.