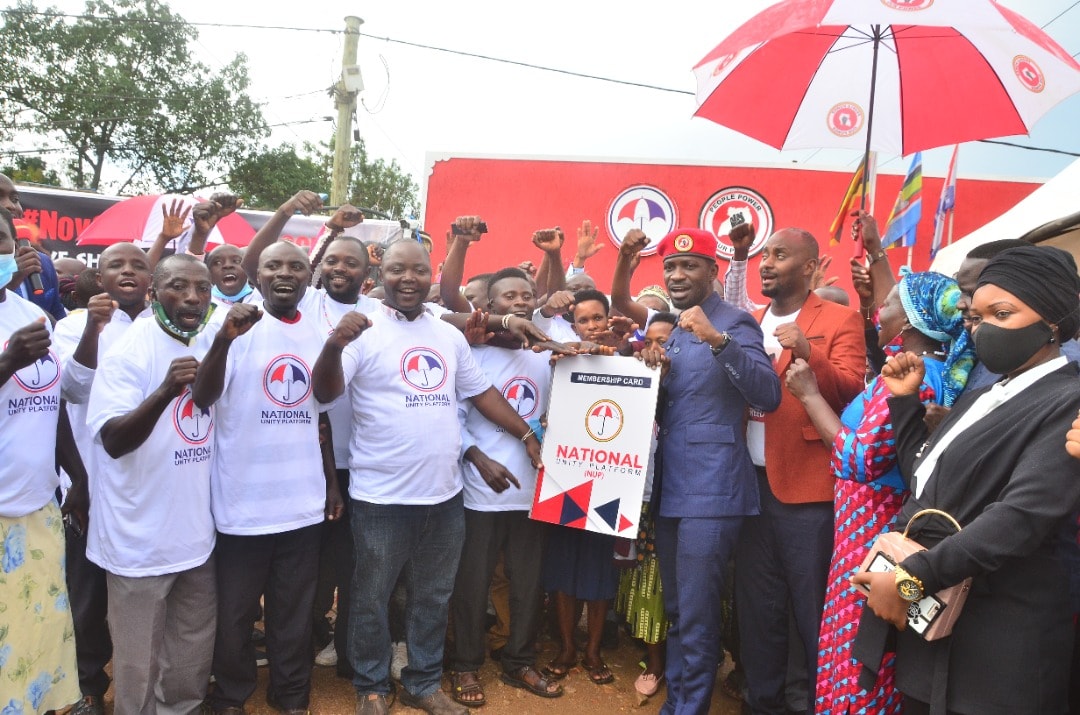 The move was announced by Robert Kyagulanyi Ssentamu alias Bobi Wine, the party President and former presidential candidate, who said he was very delighted to receive them.

Mbajju who was an FDC party member lost in the 2020 party primaries and bounced back as an independent in the February 2021 Parliamentary election, where he lost again to the NRM candidate, Hon Gideon Mujungu Thembo.

Kyagulanyi says the group left behind over a thousand others who could not travel to Kampala on Monday, for the ceremony that took place at the NUP headquarters in Kamwokya.

“Very soon, we shall find them on the ground and do receive them from there. I am particularly delighted to see very many Ugandans yearning to join NUP at this time when the struggle against dictatorship is tenser and more dangerous. We also used the event to once again show solidarity with five of our mobilizers from Kasese who up to now are under illegal detention for no crime whatsoever. Our struggle will for sure end in victory!” Kyagulanyi said.

The Monday weekly press conference was dedicated to the people of Kasese District who died in clashes with government forces in November 2016.

This week marked five years since the gruesome clash, where at least 150 people were killed.

Following the events, several leaders of the Obusinga bwa Rwenzululu, including their King, His Majesty Charles Wesley Mumbere were arrested.

To date, the Omusinga remains under house arrest.

“Our efforts to visit him have always fallen to the ground because one needs permission from the military in order to visit him! That is so even court granted him bail! For now, we pray that their souls continue resting in eternal peace. We know that one day, justice will come to Kasese!” Kyagulanyi added.

Security forces accused the subjects of Omusinga of attacking them. Several men and women in uniform were also killed in the infamous attacks.