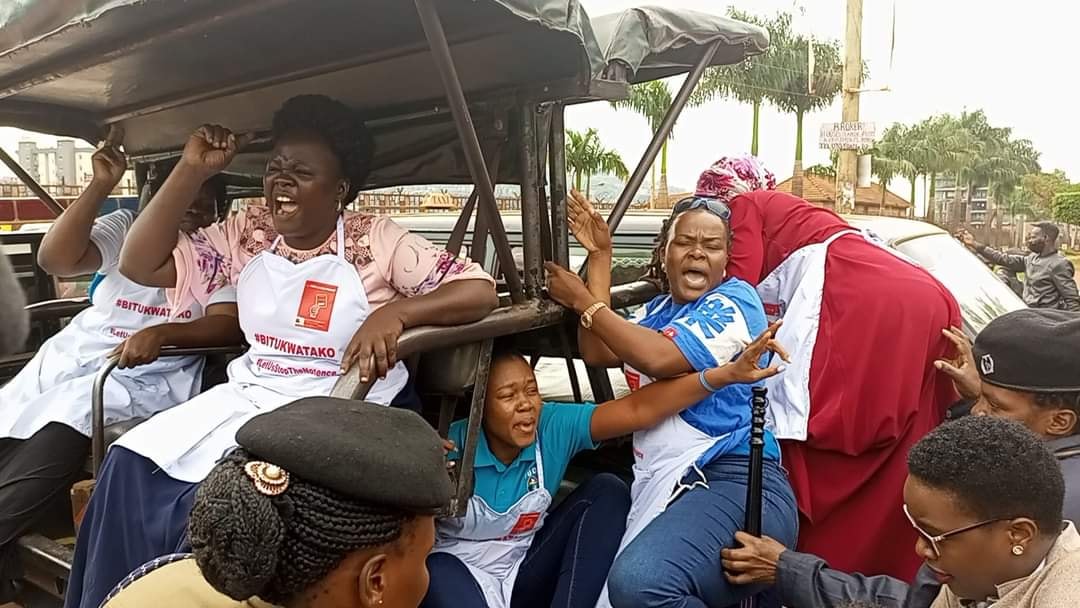 The duo was arrested together with other FDC women activists at Mulago Roundabout while protesting against the continued detention of Dr Kizza Besigye’s and the skyrocketing prices of basic commodities in the country.

The women are currently being detained at Wandegeya police station.

“We continue to demand the immediate RELEASE of our founding party President Rtd. Col. Dr Kizza Besigye,” the party says on its social media pages.

Besigye was arrested from downtown on May 24th and taken to Nagalama police station.

The next day, he was paraded before Buganda Road Court and granted a Ugx 30 million bail, which he refused to pay.

“Our founding President Rtd. Col. Dr Kizza Besigye has been granted a cash bail of 30 million. His driver Fred Kato was granted a cash bail of 1 million and Hon. Samuel Lubega granted non-cash bail. The three appeared before Buganda Road Court on erroneous charges of inciting violence. We condemn the injustice of monetizing bail. And promise a fundamental change not a mere change of guards!” the party noted.

Continue Reading
You may also like...
Related Topics:FDC, Featured