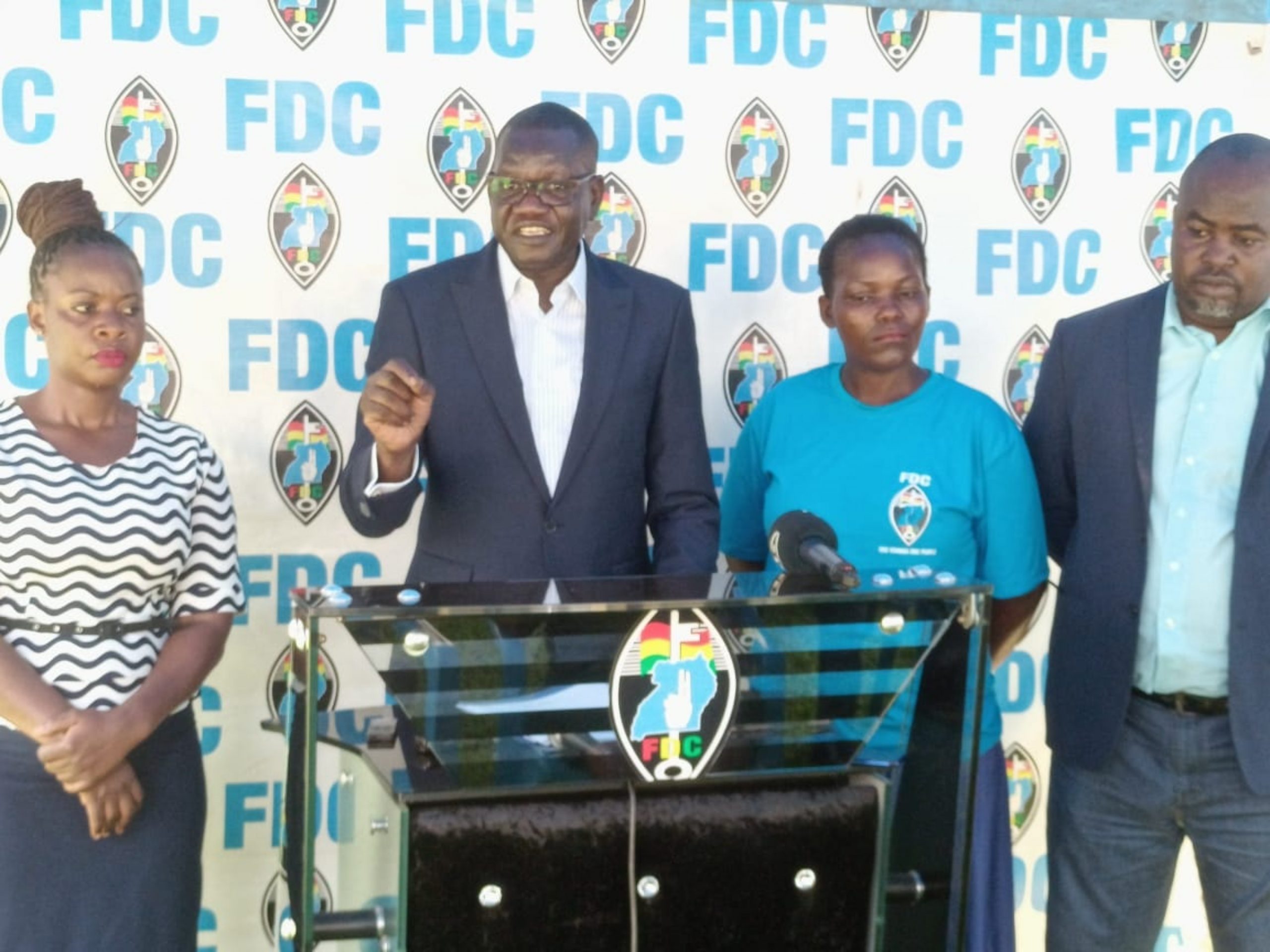 The opposition Forum for Democratic Change, FDC Party has joined the rest of the country to mourn the death of the Speaker of Parliament Rt. Hon. Jacob Oulanyah L’Okori.

Said Oulanya was such a gifted politician whose oratory abilities were unmatched by very many politicians in our country.

“He was a uniting, fair and peaceful person whose respect for the diverse political opinion was evident in the manner in which he gave equal opportunities to Members of Parliament on either side of the political divide. We remember Jacob as a competent lawyer and social worker who exuded benevolence and was always on the side of the Law,” Amuriat said.

He added that the country mourns a political icon whose rise to political prominence crystallized while he was at Makerere University in the late 80s where he served as Speaker of the students Guild under the leadership of Hon. Norbert Mao, alongside other notables like the late Nobel Mayombo, Adolf Mwesigye, Emmanuel Dombo, Sam Lyomoki, Dr Francis Epetait, Hon. Alice Alaso, Hon. Jalia Binta Lukumu, the FDC President among others.

While guild speaker, Amuriat says Oulanya was subjected to torture by the very government he later served leading to a life-threatening situation requiring surgery. Adding that it is unfortunate that he has departed before the desired change in the livelihoods of Ugandans has happened.

“We wish to thank Rt. Hon. Oulanyah for the dedicated service to the Parliament of Uganda and the people of Omoro County and Uganda. We know that he could have performed much better if the prevailing political environment where all institutions of the state are under capture, allowed this to happen,” he said.

“On behalf of the FDC and on my own behalf I would like to convey our most heartfelt condolences to fellow Ugandan, the NRM government, Parliament of Ugandan, his family and friends upon this sad occurrence. We continue to offer prayers for the repose of the soul of our departed Speaker,” Amuriat mourned.

In order to mourn with residents of Omoro, Acholi sub-region and the rest of Uganda, the party has postponed their political program in Uganda.

“We want to inform our members and the public that the FDC will be fully participating in all ceremonies leading to the burial of our friend and Brother Hon.Jacob Oulanyah L’Okori. We, therefore,wish to announce the postponement of our 8-day political program to Northern Uganda planned to commence on Thursday 24th  March 2022. The Northern program will resume after the burial. We wish to announce that in keeping with the provision of the law flags will fly half-mast in all our offices across the country and abroad during the period of mourning,” said Amuriat.

Everything to Know About Holi, the Kansai Plascon Sponsored Festival of Colors
At least Six MPs express interest in replacing Oulanya
Advertisement