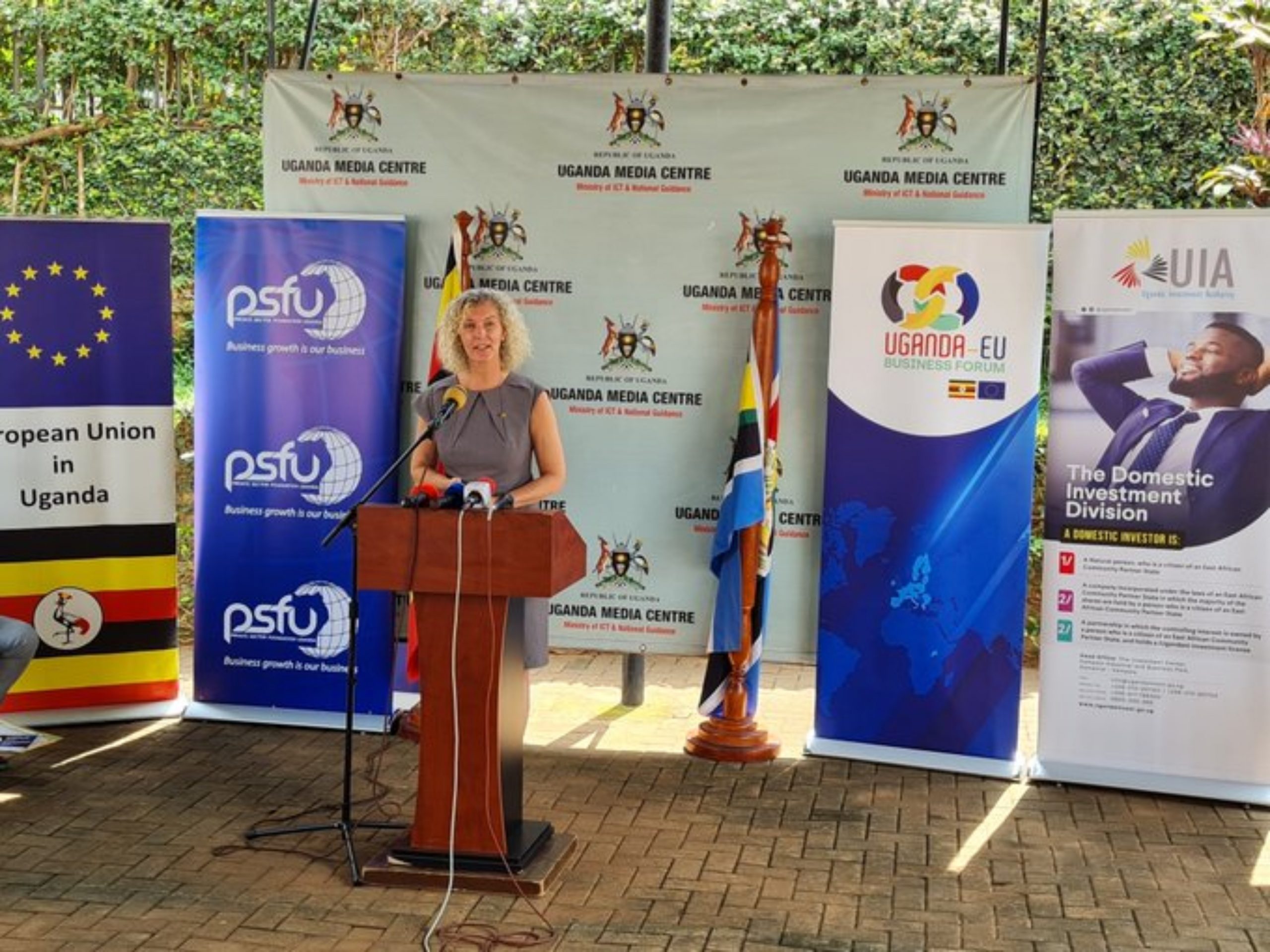 The European Commission in Uganda is set to fully address the matter of the European Union parliament resolution on the East African Crude Oil Pipeline Project, at that upcoming Uganda-EU business summit later this month, Caroline Andriaensen the head of cooperation at the EU commission delegation in Uganda has said
This comes weeks after the European Union parliament resolved, to call for a halt on the construction of the 1,444-kilometer pipeline, expected to transport crude oil from Kabaale, Hoima in western Uganda, to the Chongoleani peninsula along the Tanzanian coast on the Indian Ocean due to environmental and human rights issues.

The resolution met a lot of criticism from different people, and Ugandan President Yoweri Museveni vowed that the project would go on irrespective of the EU’s position.

“I saw in the papers that the EU parliament passed a resolution directing TOTAL not to proceed with the East African Crude Oil Pipeline. Please, don’t waste your time thinking about that. We have a contract with TOTAL written very well. The oil will come out in 2025, the first batch. The Oil project will go on and no one can stop it,” the president said.

There have been numerous protests from different sections of the Ugandan society, some of whom were schoolchildren against the resolution. But, a number of environmental protection and human rights activists, as well as opposition politicians welcomed it.

From the onset, the European union commissions in Uganda indicated the resolution as not binding. Ms Andriansen says this issue will be fully covered along with any matters arising from it, come the 26th October business forum.

Speaking to journalists on Monday at the media centre on what to expect at the summit, Andriansen noted the EU parliament is an independent institution, with its own roles and responsibilities. Adding that however, its concerns have been taken note of, and the EACOP stakeholders should put them into consideration.

She further explained that the European Union delegation is engaging the lead investors TotalEnergies and the government of Uganda, for proper due diligence over the project.

“We are engaging all the private sector operations and that is TotalEnergies, and all the others involved in this project, to make sure that they respect their responsibilities in terms of environmental and social impact and labour standards,” she said.

It was also revealed the EU has earmarked 8 million euros to facilitate the improvement of the quality of the farm products that Uganda exporters to the European market especially fruits and flowers.

Continue Reading
You may also like...
Related Topics:EACOP, European Union in Uganda, Featured