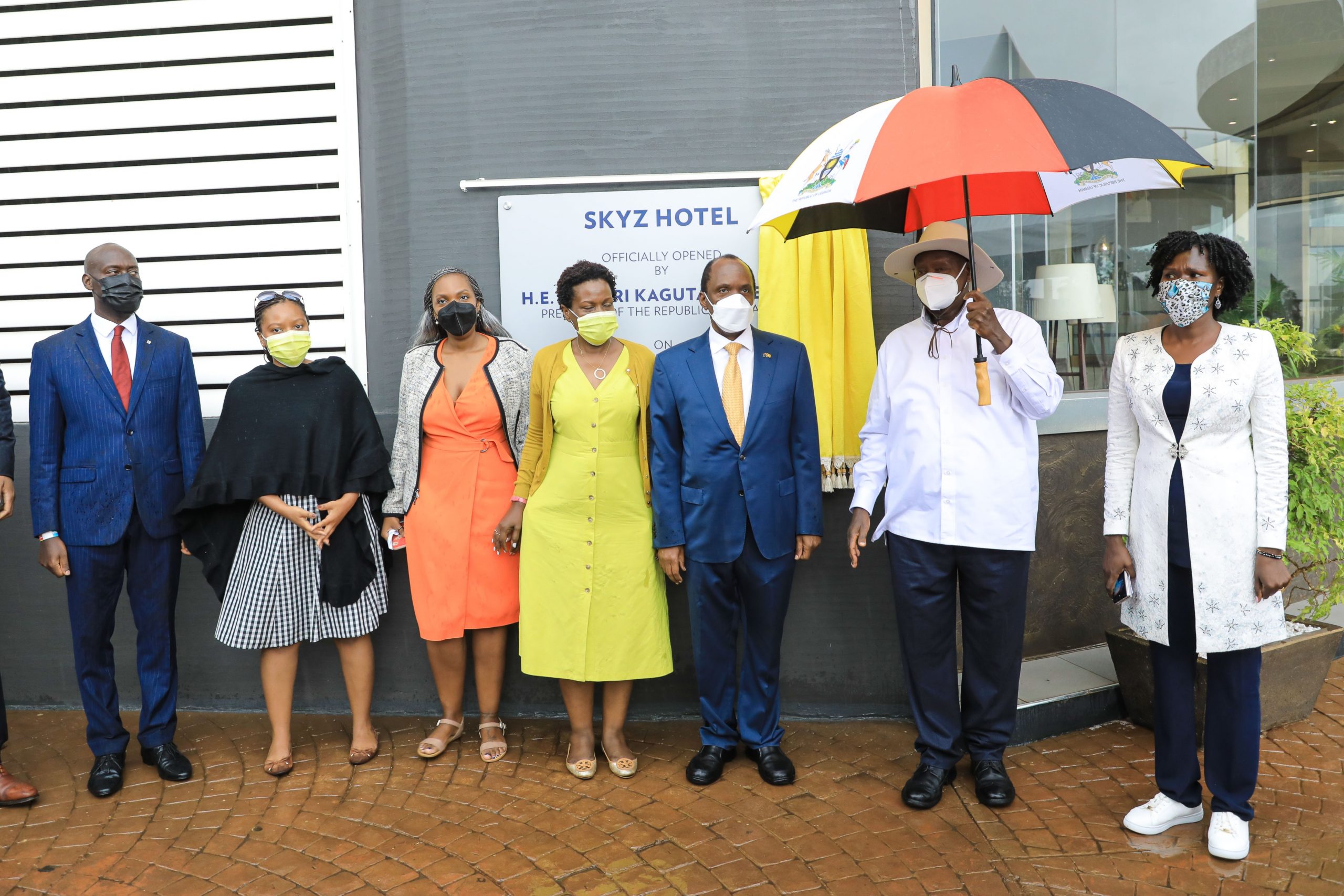 The tourism sector players have been urged to extend affordable packages to spur domestic tourism.

The call was made by President Yoweri Kaguta Museveni during his visit to Protea Hotel by Marriott Kampala Skyz on Friday.

He congratulated Mr Patrick Bitature the Group Chairman for rising above challenges to create employment opportunities at a time when the global economy is emerging from the pandemic.

Mr Bitature noted that the Hotel survived a tumultuous period occasioned by the pandemic that had an unprecedented impact on the tourism sector.

He thanked the President for enabling sound policies that have sustained businesses and kept the economy stable and resilient.

“The past five years mark significant progress; we are very proud to gain such a high level of recognition in a short time after the opening. The local and international demand on our property shows appreciation for the efforts and hard work put together by all our teams,” said Mr Bitature.

Located on the hills of Naguru in Kampala, Skyz Hotel has, in its five years of operation, become a well-known beacon of fun and comfort for individual guests, corporates, and international travellers

According to Florence Nyiramugisha the Protea Hotel by Marriott Kampala Skyz General Manager, their facility seeks to provide a lasting impression for its guests.

“As Protea Hotel Skyz Naguru looks ahead, the customers will continue to enjoy best-in-class services as well as innovative solutions for local customers, corporate businesses and international travellers,” she noted.