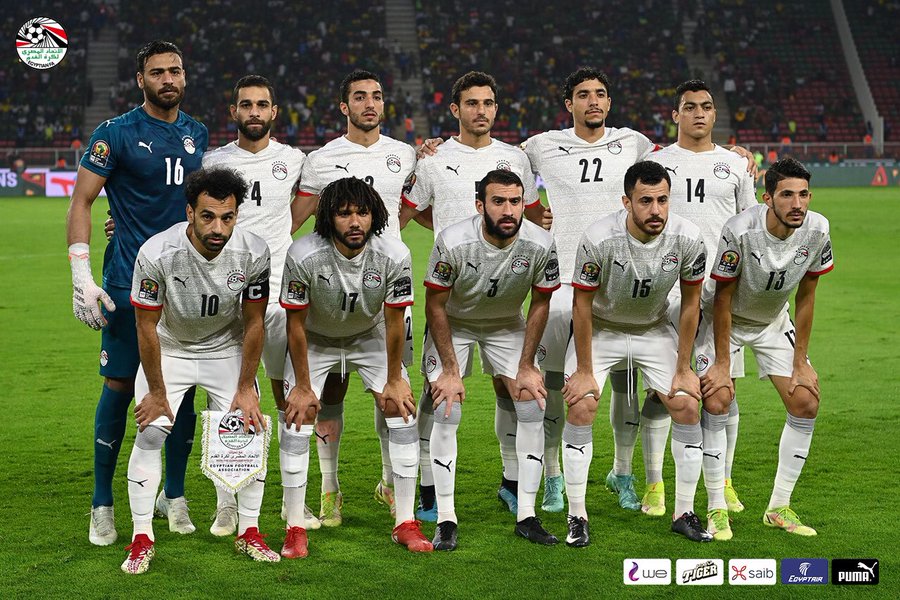 Egypt's starting eleven that featured in the semifinal against Cameroon on Thursday. Image by EFA

Seemingly shocked by an opening 1-0 defeat by Nigeria on matchday one Egypt still made it to the Africa Cup of Nations (AFCON) final seeking the eighth title.

After the loss in the opener, the Pharaohs went on to beat Guinea Bissau and Sudan 1-0 to advance to the round of 16 as group D runners-up.

Through a penalty shoot-out, Carlos Queiroz’s side knocked out Ivory Coast after a goalless contest before they made an extra time come back against neighbors Morocco 2-1 in the quarter-finals.

Having played 120 minutes, Egypt knocked out hosts Cameroon in a penalty shoot-out 3-1 at Olembe to make it to Sunday’s showdown.

The North African side has conceded only one goal in open play (against Nigeria) and has advanced through all three knockout stages after extra time.

Egypt will miss the touchline services of their gaffer Carlos Queiroz who was dismissed from the touchline for confronting match officials during the semifinal game against Cameroon.