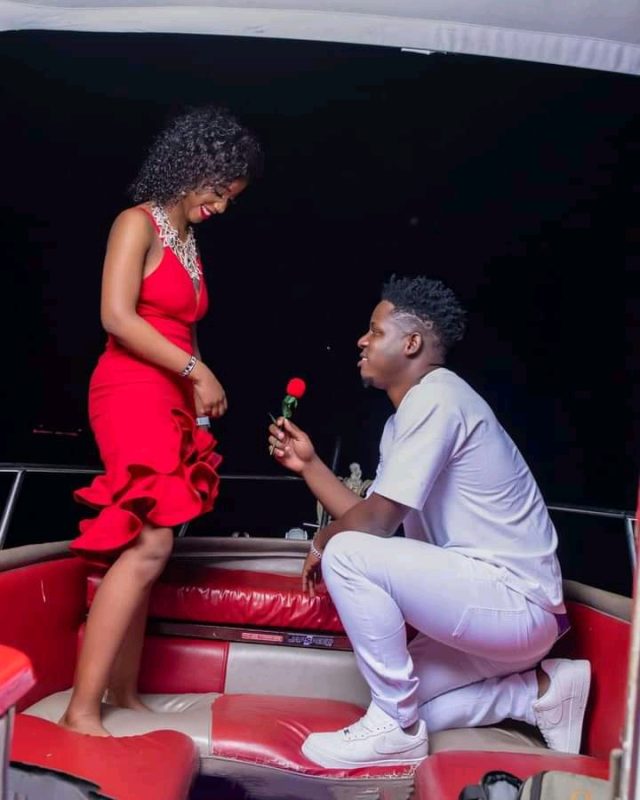 Musician Solomon Sentongo aka Ceaserous and his girlfriend Sheerat Harriet are head over heels as they will be walking down the aisle anytime from now.

“Dangerous” singer announced the news as he shared photos of himself getting down on his knee and popping the big question to which the bride to be said yes.
He went ahead to caption them

“YES” is the best answer I’ve ever heard; My baby Shareetah Harriet said “YES “  and “YES”  I can’t think of anything I want to do more than spend the rest of my life with you.

Now that we know what it’s like to love like never before, we don’t ever want to forget how special and unique that feeling is for us. We’re officially engaged!”.

He claimed that he want to do more and spend rest of his life with her.

The couple has been together for over four years.