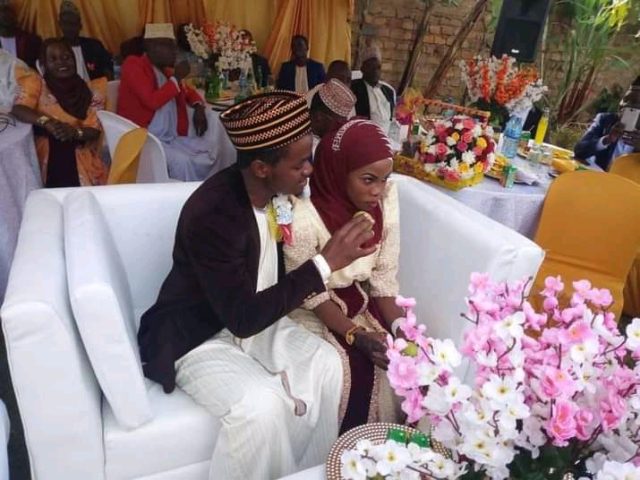 Comedian Maulana Kasozi ‘s Father-in-law has come and exposed his dirty after a bitter breakup with his wife.

Maulana’s father-in-law in an interview with one of local TV channels,he disclosed how the comedian wasted and tarnished his daughter’s dreams of becoming a qualified nurse.

From courting her while still half-baked at school to making over 3 babies with her daughter in just three years, Maulana’s Father-in-law has expressed his disappointment in the way the stand-up comedian of the Reign and Maulana comedy duo decided to treat his daughter.

Maulana is accused of shuttering his wife’s dreams of becoming a certified nurse as he ended her education prematurely into marriage but as if that isn’t enough, his father-in-law accuses him of neglecting his fatherly duties as he has been taking care of both of them and his grandchildren.

Now disturbed by the fact that Maulana had resorted to torturing and abusing her daughter, the comedian’s father-in-law believes Maulana is a misfortune that shouldn’t associate with his daughter anymore.

“Maulana is a misfortune. He shuttered my daughter’s dreams of becoming a certified nurse by luring her into marriage while still in school. He even failed to fulfill his promise of sponsoring my daughter for further studies at the University. From fathering over 3 grandchildren in my daughter to extending all his family responsibilities to me as a granddad and defrauding the vehicle I had gifted him to take care of my children, now my daughter is back home seated, I think I’m fed up of Maulana and the crazy life of celebrities!,” said Maulana’s father-in-law during an exclusive interview with Spark.

Continue Reading
You may also like...
Related Topics:Comedian Maulana, Featured