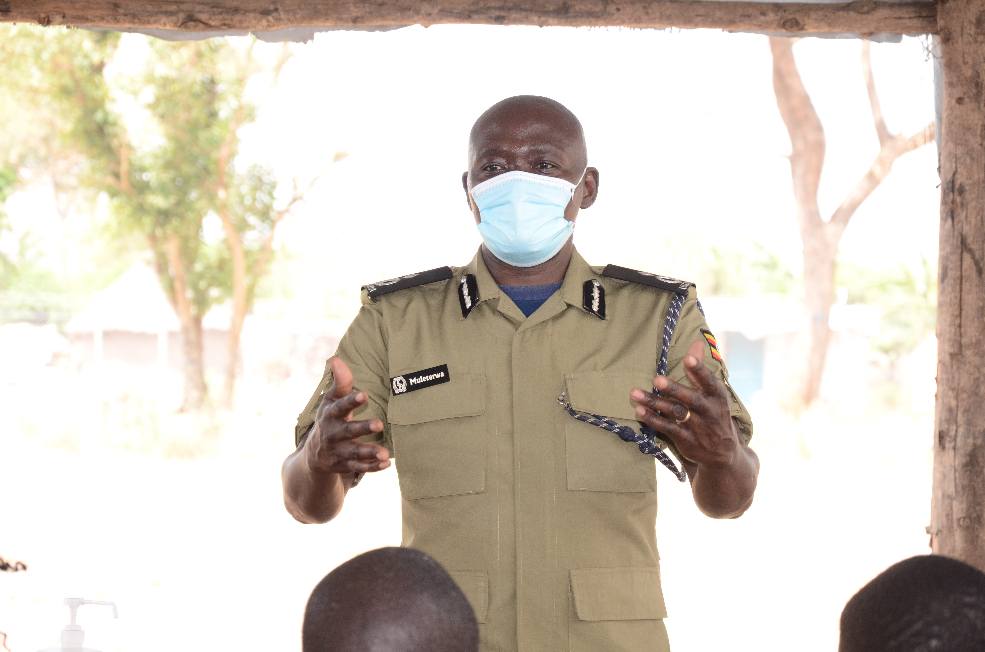 “We are scheduled having community outreach meetings in the refugee settlement areas as one of the key output areas of community policing. We have met with the refugee welfare committees at all levels, refugees’ communities, host communities and local council leaders to improve the working environment through community engagement,” ACP Muleterwa said.

According to ACP Muleterwa, this is aimed at building a sense of hope in refugees.

“The message we have targeted to share with refugee communities is building a sense of hope in them, given the nature of background where they come from,” he said.

He added, “while they are here, they must have a sense of security, which is a shared responsibility by playing particular roles like giving us information, coordinating with us on any issues about the local community.”

“We have listened and identified problems affecting them, and like the principles of community policing, through this kind of engagement, it has generated consensus and a lot of hope that we will build on to consolidate sustainable development” he said.

The team used this opportunity to warn the refugees against engaging in crimes.

“We have also warned them about committing crimes like fighting, domestic violence, murder, rape, early marriages and defilement among others but be law abiding citizens, desire to be united, love each other have common destiny for ourselves,” he said.

He advised them to follow the legal system of Uganda.

“Take interests in knowing the cultural norms of society where you are. Cooperate with security agencies, give us information, enforcement of the law and desire to live together. Be united.

Learn to solve problems affecting you other than being lawlessness and share information for quick intervention,” he advised the refugees.