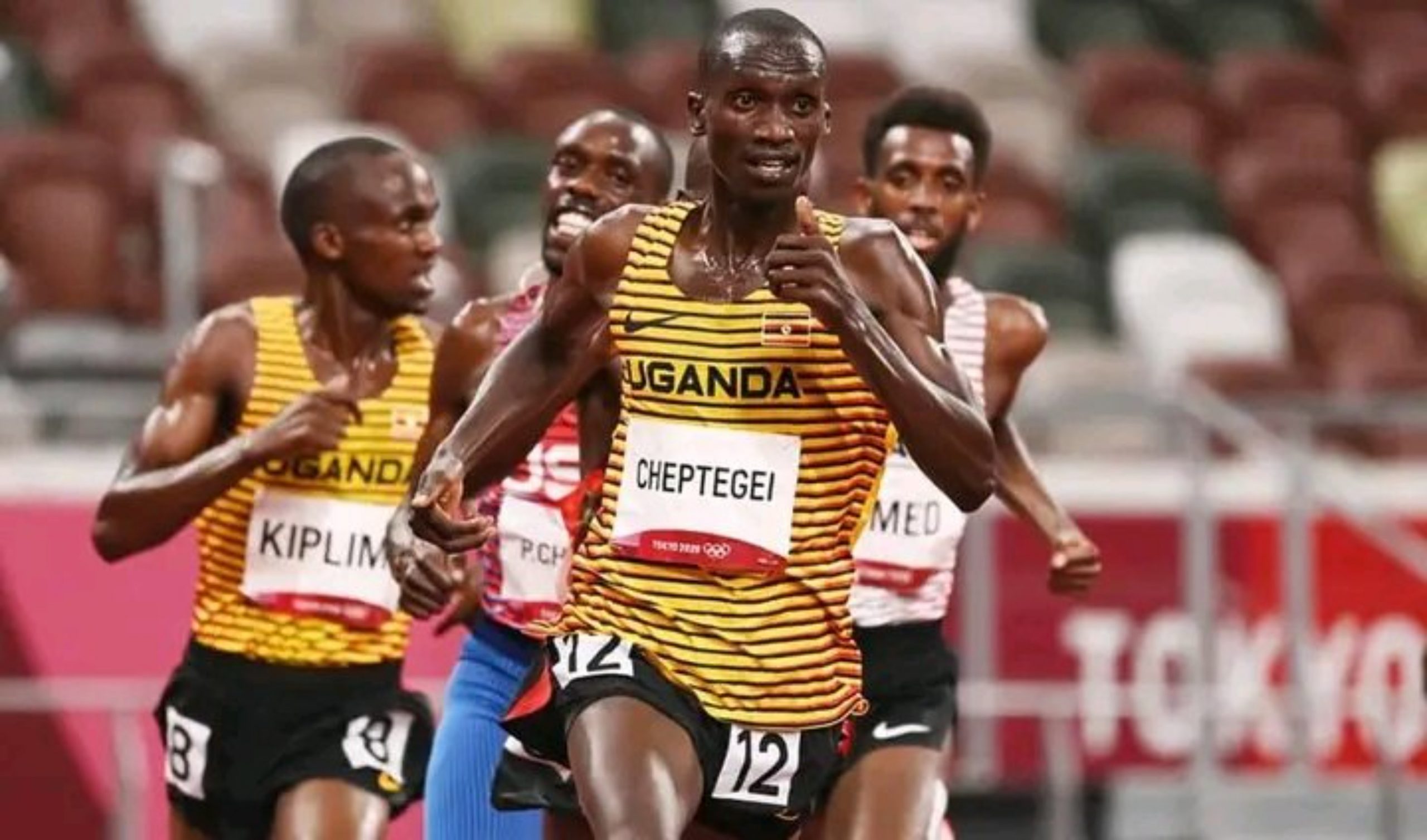 The long-distance runner won the gold medal on Sunday crossing the line faster to defend his 10,000m title. Cheptegei finished in a time of 27:27.43 minutes to defend the title he won at the 2019 Edition of the World Athletics Championships held in Doha.

Meanwhile, Kenya’s Stanley Mburu came second with a time of 27: 27.90 seconds, while another Ugandan Jacob Kiplimo settled for a bronze in 27:27.93 minutes.
Uganda’s Steven Kissa also finished last in the same race.

Cheptegei joins the list of iconic athletes who managed to defend their titles including Ethiopia’s Kenenissa Bekele who won the title in 2007 and defended it in 2009, and Mo Farah. She won the title in 2013, 2015 and 2017 among others.

According to the individual event prize money for the 2022 World Athletics championship, a gold winner bags USD 70,000. After successfully defending his 10,000m title, Cheptegei will now switch focus to competing in the 5000m later in the same championship.

Continue Reading
You may also like...
Related Topics:Cheptegei, Featured

It Is Unfortunate That We Have To Go With One Point, Arua Hill’s Ssenabulya
New Betting Company PulseBet Open To Ugandans
Advertisement