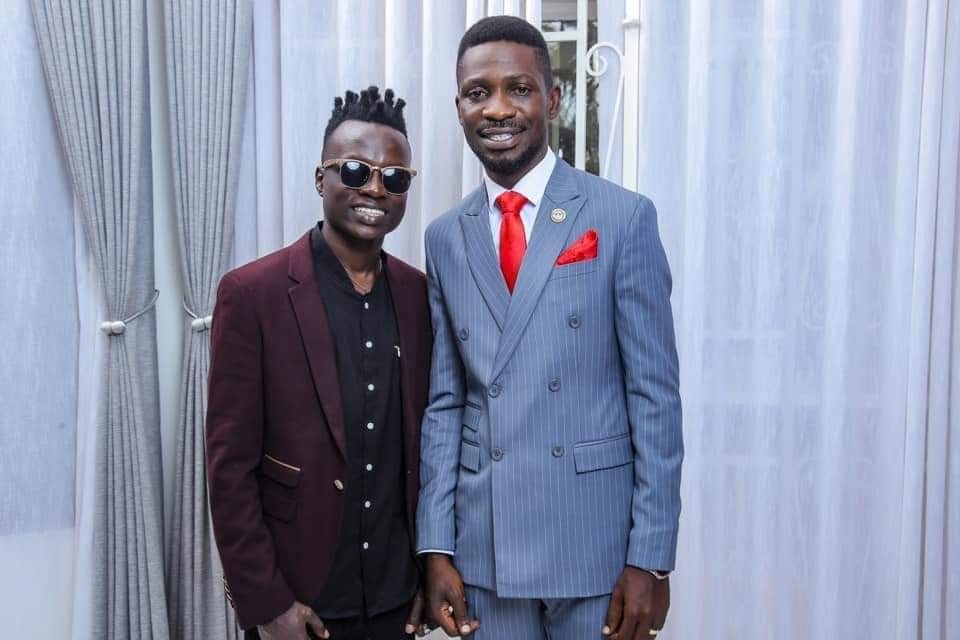 The National Unity Platorm, NUP Presidential Candidate Robert Kyagulanyi alias, Bobi Wine has written an emotional letter to his producer Dan Magic who was injured during a scuffle between supporters of NUP and police in Kayunga.

The incident happened on Tuesday, when hundreds of Kyagulanyi’s supporters showed up to wave at him. The candidate insists his supporters were peacefully standing by the roadside. However, some people had started forming a procession, following the candidate, which is against the COVID-19 and electoral commission guidelines.

During the scuffle, several people were injured by bullets, teargas canisters, while others were knocked by vehicles. A police officer ASP Kato was also injured by a blunt object which hit his eye.

Bobi Wine’s Producer who was in the same car with the candidate was shot in the face and rushed to the hospital. In one of the videos shared online, the candidate was seen crying as he held Dan Magic. The singer, turned politician took to his social media this morning and wrote a very emotional letter to the producer.

“Dear producer Dan Magic I am not sure you had any sleep at night because of the terrible pain. Neither did I, because of thoughts.

I feel terrible that these criminals did that to you and I even feel even worse that you were only trying to save my life.  If you were not around, it would be me on that hospital bed because it’s me who they were targeting all along. In very many studio intervals as you produced our music, we always discussed the price of freedom and as you can see, that is exactly what we are paying. My heart is with you this morning my little brother” Bobi Wine wrote.

He added that “as for Afande Kato, I can only salute that noble police officer who was performing his duty of guarding my life only to be targeted by criminals wearing the same uniform as his. This further shows us that not all police men and women are evil, it’s a few criminal elements at the top operating on Museveni’s illegal orders. May the almighty heal your physical and psychological wounds and may all the pain be worth it at the end of the day. My thoughts go to the families and friends of the very many Ugandans that are killed or harmed by the brutal police and military (many of them unknown), one day we shall be free in our country.”

The Tuesday incidents forced the candidate to cancel his presidential campaign and demand explanation from the election commission. Kyagulanyi is currently meeting with the commission.