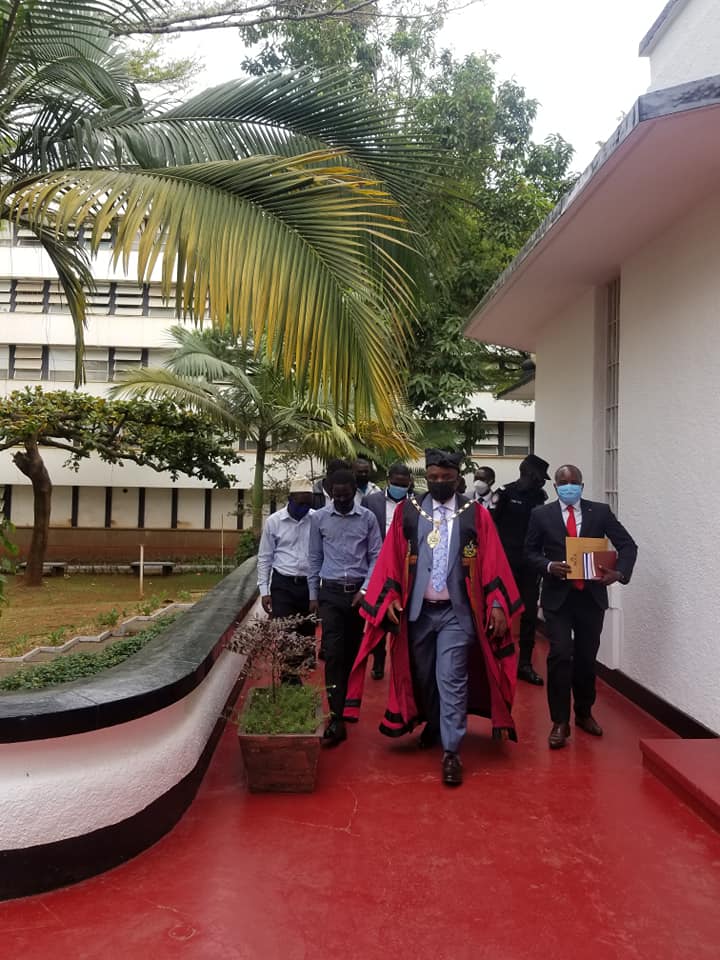 The RCC, Hood Hussein deployed police officers from the Field Force Unit-FFU to block the councilors from attending the meeting, which had been called by the Speaker of the Council Zahara Luyirika.

Luyirika called for the meeting indicating that 20 councilors would attend the meeting physically while the rest will follow the proceedings via zoom.

However, by 11 am more than 30 councilors had turned up at City Hall to attend the meeting.

The RCC insisted that only 20 councilors would be allowed to attend physically and after testing for COVID- 19.

Hussein suspended Council sittings last week, as a procedure to control the spread of Covid-19.

However, Jeremiah Keeya Mwanje, a councillor representing Kasubi rejected Hussein’s directives saying that if the RCC wants to stop the meetings at KCCA, he should start with Parliament.

Deputy Speaker of Parliament Anita Among closed Parliament for two weeks to allow for fumigation.

The Speaker of the council and so did the Lord Mayor Erias Lukwago and members of the City Executive Committee arrived a few minutes after mid-day, but no member of the technical wing including the Clerk to Council attended.
Lukwago expressed dismay that the technical team had absconded the meeting.
Councilors said they were meeting to ensure safety of the COVID-19 relief funds from office of the Prime Minister.