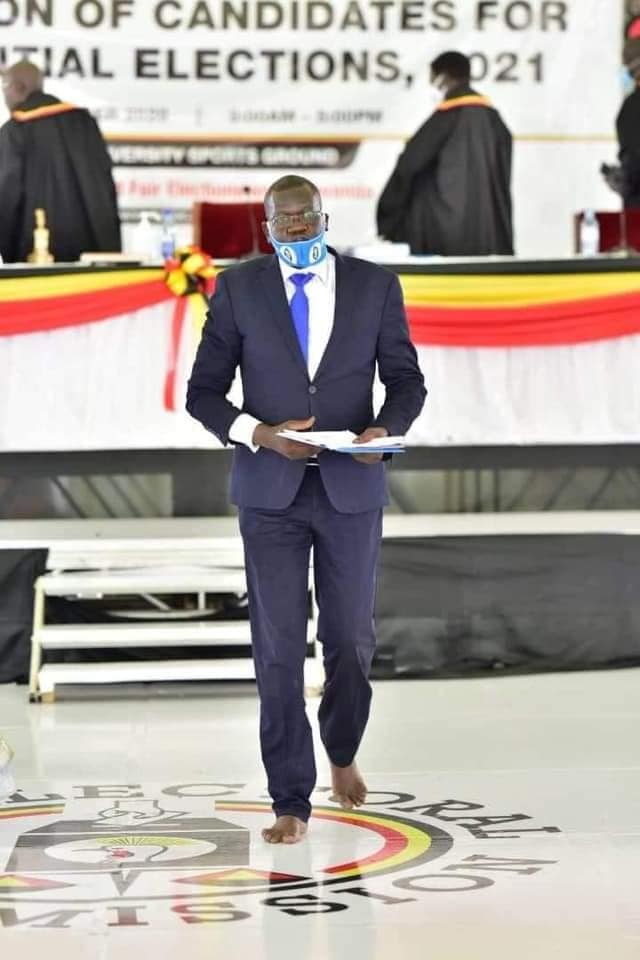 Patrick Amuriat Oboi, the Forum for Democratic Change party presidential candidate has vowed to fire the Soroti Regional Police Commander, RPC for deploying police officers who blocked his rally at Soroti Mayors’ gardens. POA says that such police officers will be fired when he takes over the Presidency in May 2021.

Amuriat who is launching his campaigns today Monday, was supposed to be at Soroti Mayors’ gardens by 4 PM to kick start the events, he however arrived in Soroti at 5pm.

Upon arrival, Amuriat was diverted by police to the grounds where he was forced to you public address to invite his supporters to shift from the Mayors gardens to the Soroti grounds which are bigger.

An angry Amuriat then promised that by May next year, the area Regional Police Commander will be forced to retire due to such behavior.

“We are going to war. The war does not require faint hearted people, be courageous, and tighten your belts. Museveni has deployed in the whole Soroti, his personnel here using tax payers’ money. I want to say to the RPC wherever he is, that come May next year, he is a candidate for retirement. Because we are not going to have police officers who violate people’s rights, who hurt Ugandans who they have to protect” he said.

Amuriat further asked the police to be civil as it is Ugandans that buy their uniforms, teargas and vehicles they use in harassing them.

Police which is heavily deployed at the grounds was forced to fire teargas and water cannons to disperse crowds which have formed to listen to their candidate.

Bobi Wine arrested after nomination- Video
Dr. Besigye is with us in this campaign- Amuriat
Advertisement