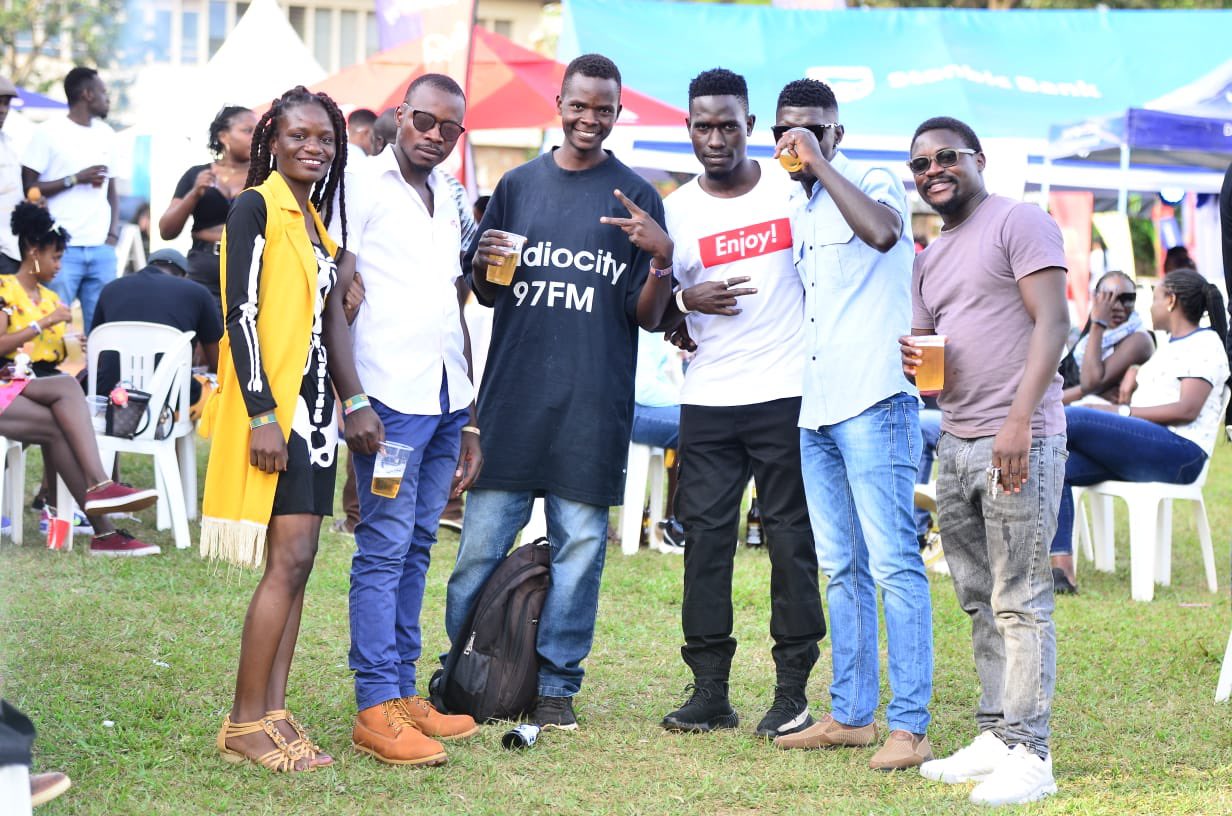 The gates to the venue were opened at exactly mid-day and revellers flocked in to catch the good vibes as they enjoyed their weekend all looking fly and smartly dressed for the festival.

During day time, most party goers jammed to music mixed by different deejay’s as they enjoyed the different delicious kinds of meat that were being served out on the evening as well as sipped away on their favorite drinks.

At round 7:30 PM artists performances got underway with uprising artists gracing the stage to create the vibe for the established musicians who were lined up to thrill the jolly crowds who were still enjoying and feasting on their meat and beer.

Mun G opened up the performances of the lined up artists with an amazing performance that drew those who were a bit far away from the stage closer.

He performed songs such as Virgin, Kankunganye, plus others while making a few jokes about his songs.

After his performance, Sheebah Karungi took to stage and put up a stupefying presence that got revellers jumping up and down as they grooved to most of her songs.

She also did the unthinkable as she left the stage and went into the crowd as she freely engaged and made bonds with the mammoth gathering as she danced with a few on the night.

Maddox Sematimba wrapped up the performances with a spirited and vibrant show as fans wanted him to perform all night long.