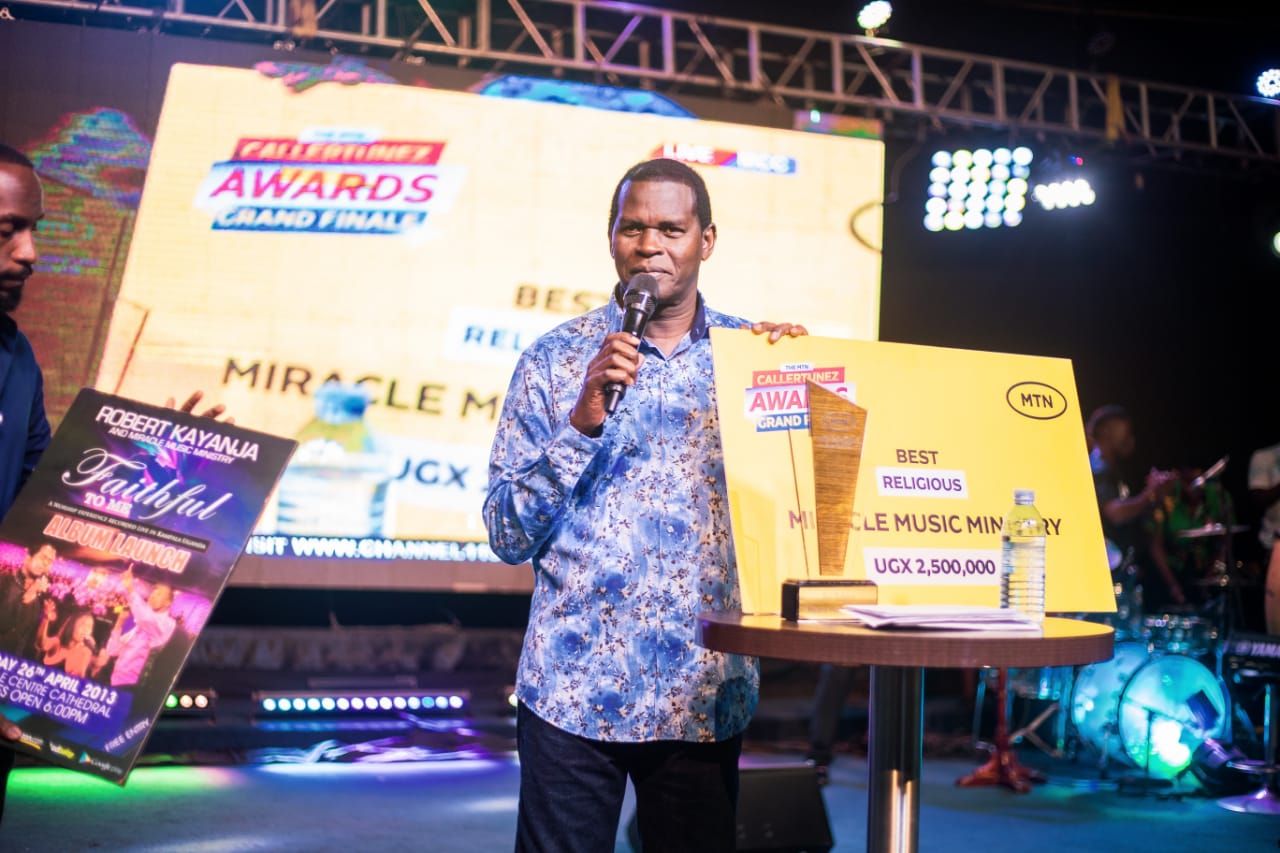 MTN Uganda awarded the artistes with the most downloaded CallerTunezin 2021 across different music genres in a colorful event held at the Kampala Serena Hotel last evening.

The 2021 MTN CallerTunez awards were a culmination of the six-month-long award journey during which different artists with the most downloaded ring-back tune and lucky customers who downloaded and used the tunes on their phones were rewarded with cash prizes on a monthly basis since July last year.

Each of the winners walked away with sh2.5m for the most downloaded CallerTunez in a month from July to December 2021.

The 2021 MTN CallerTunez winners were Chosen Becky’s Nesiimye for the Kadongo Kamu (Band) Category, Pallaso’s Malamu for the Afrobeat/Afropop category, and Fik Fameica’s Lock won in the Hip-Hop/Luga Flow category.

Liam Voice’s Omwooyo took the gong for the RnB category and Best Rising Star, while Martha Mukisa and Kenzo’s Sango held the top position under Ragga/Dancehall.

Spice Diana was voted the Best Female Artiste under the People’s Choice Awards having garnered 33,461 votes. Pallaso bagged a second award after beating other male artists to become the Best Male Artiste by the 25,672 people who voted for him. The two each walked away with sh3m in addition to the awards.