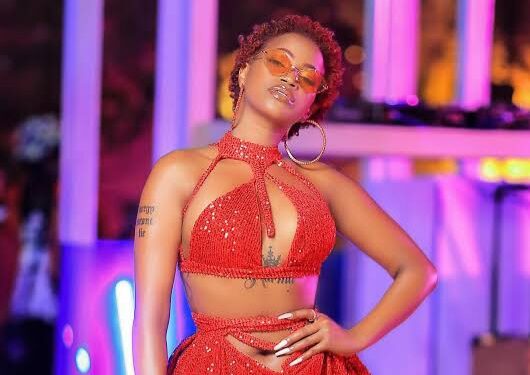 Singer Sheebah Karungi is an absolute bombshell and one of the cutest divas in the industry.

And she’s not so selfish with her sexiness as she usually serves some of it to her fans through her social media pages.

This time around took to her pages to post a video of her twerking her assets to her new song Ayi featuring Mudra.

The Nakyuka singer barred all those fasting from watching the video as it would ruin their day with dripping sexiness.

However, not all fans were pleased with this video. One of the fans questioned whether she had any panties underneath because her b#m line could be seen dividing her two pieces side by side.

Sheebah replied to the fan saying that she should appreciate Rema and stop whining about her who is not a good role model because she can’t be liked by everyone.

“Just give her the flowers for being the right role model to you and stop whining about whose not. Banange, I can’t be liked by everyone and I’m okay with that, Salam Alekum,” Sheebah replied.

Such fans should know where they stop and let us those who want to enjoy salivate in peace.