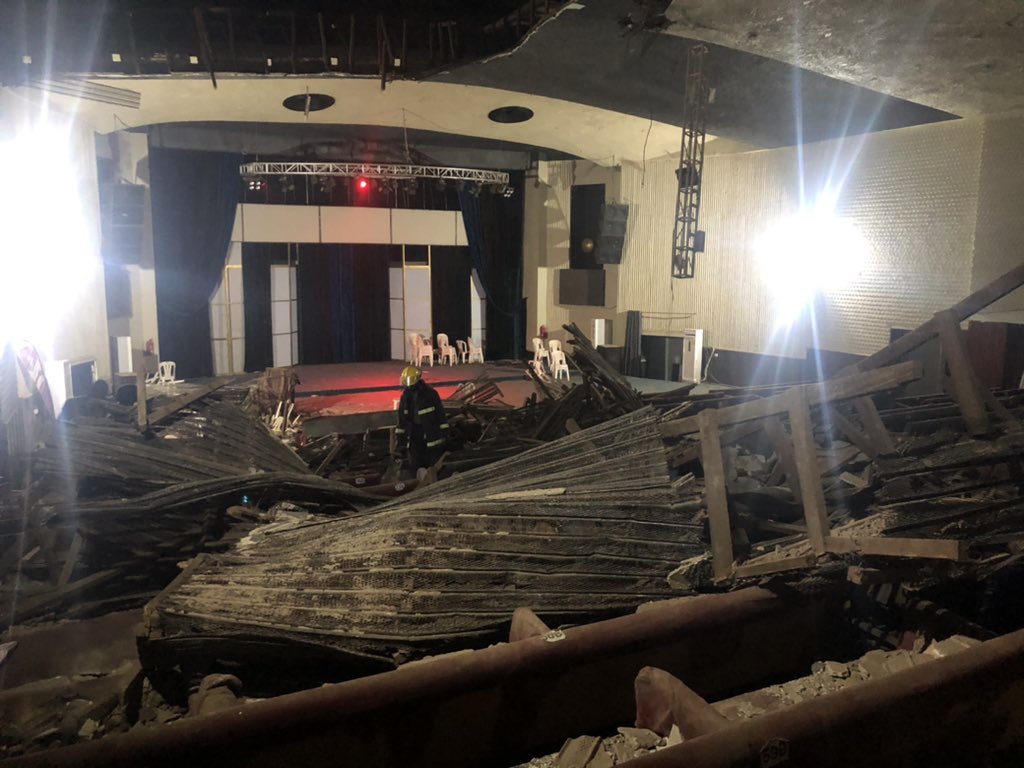 Police at Central police Station Kampala are investigating an incident where a ceiling at former Fido Dido building located on Kampala Road caved in on people holding prayers.

According to Luke Owoyesigyire the Deputy PRO KMP, the incident happened today (15/03/2021) at around 1pm.

Eight people have so far been recovered by police alive and they have been taken to Mulago Hospital since they sustained serious injuries.

No death has been recorded.

“The police working with other stakeholders are trying to ascertain the cause of the ceiling collapsing and you will be informed on the findings in due course. The landlord and the pastor of House of Rest Ministries have been summoned to give their statements” Owoyesigyire says.

Police has cordoned off the building and no business is expected to take place inside. Investigations still ongoing.