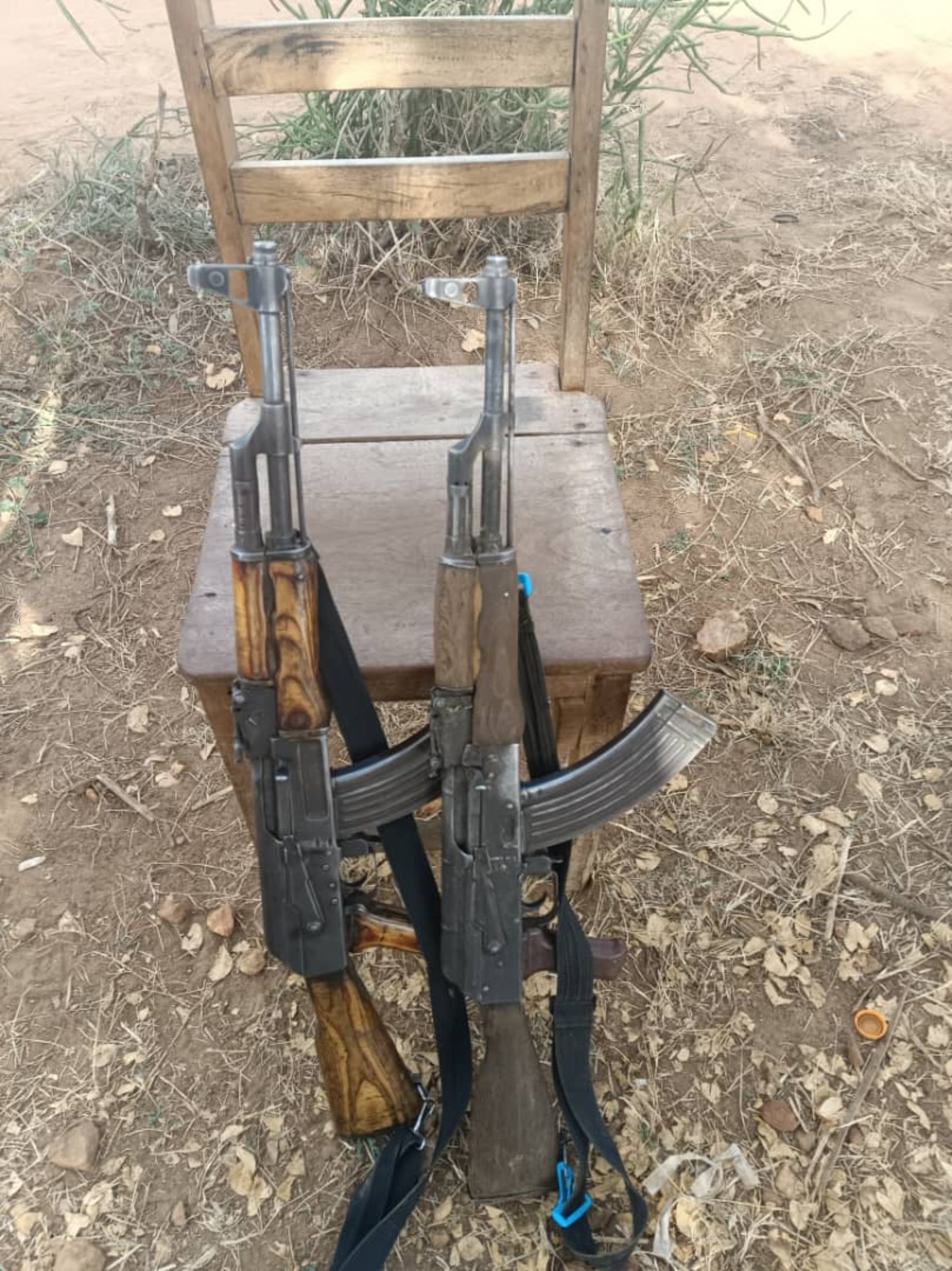 Joint security forces have recovered a gun which was taken by suspected armed warriors in Kosike sub-county, Nabilatuk on 10/1/2023 during a fire exchange that led to the death of Private Bainomugisha Asaph.

According to AIP Longole Mike the Ag. PRO Mt Moroto, the gun was recovered today Wednesday 18 Jan 2023 in Amudat District.

The SMG gun number UPDF 5602338 with 4 live rounds of ammunition was recovered from a home of a suspect identified as Chesenyang William Logwe in Kongorok sub-county.

However, the prime suspect is still at large but operatives managed to arrest three others to aid in further investigations.

“We laud good local leaders for the collaboration and coordination efforts exhibited during the ongoing operations in Nabilatuk and Amudat Districts,” says Longole.

Police in Kapchorwa central division have recovered a rifle number UGPOL356009496 with an empty magazine and arrested two suspects.

ASP Chesang Fredmark the PRO SIPI Region says that they have since sent out a message to all units and stations to check if any of their guns may be missing in their Armory.

“The police wish to appreciate the co-operation rendered by the members of the public in recovering the weapon and further encourage continuous support by the community,” Chesang noted.