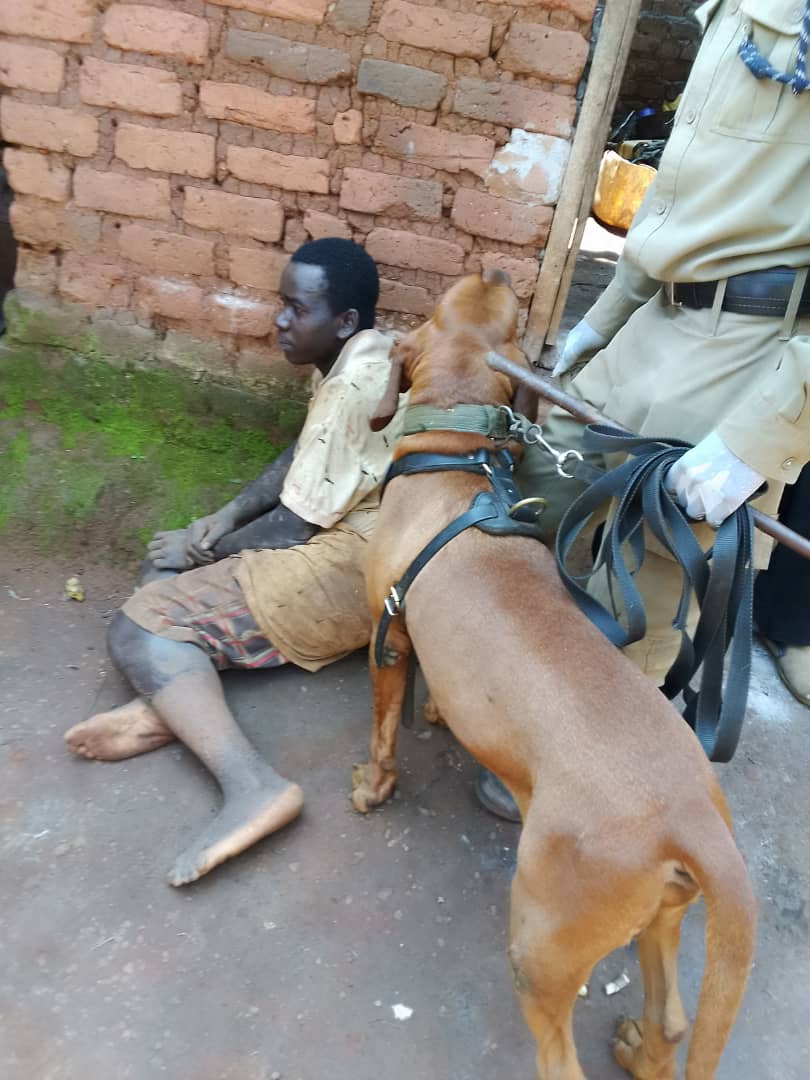 Grongo after capturing the suspect

The territorial Police in Masaka have arrested a murder suspect with the help of a police sniffer dog.

The suspect has only been identified as Miiro, while the deceased is Matovu Bashir, a 22-year-old resident of Kanyogoga village, Kimanya-Kabonera division in Masaka city.

Dr mugume Martin the Commandant K9 says that the Police received a report of alleged murder and decided to introduce the police dog “Gringo” to the scene.

Grongo is reported to have picked the human scent of the suspect, tracked for about one kilometre and led the officers to the nearby rentals where it zeroed in on Miiro.

Upon arrest, the suspect confessed to killing Matovu for reporting him to the area defence when he stole a goat from another resident identified as Viola.

Miiro claims that Matovu’s action annoyed him, and forced him to strangle the deceased from the garden.

The suspect is being held at Kirinya Police Station pending court.

59-year-old woman in trouble for murder of her two grandchildren
5 arrested as 2 guns are recovered in Amudat, Kapchorwa districts
Advertisement