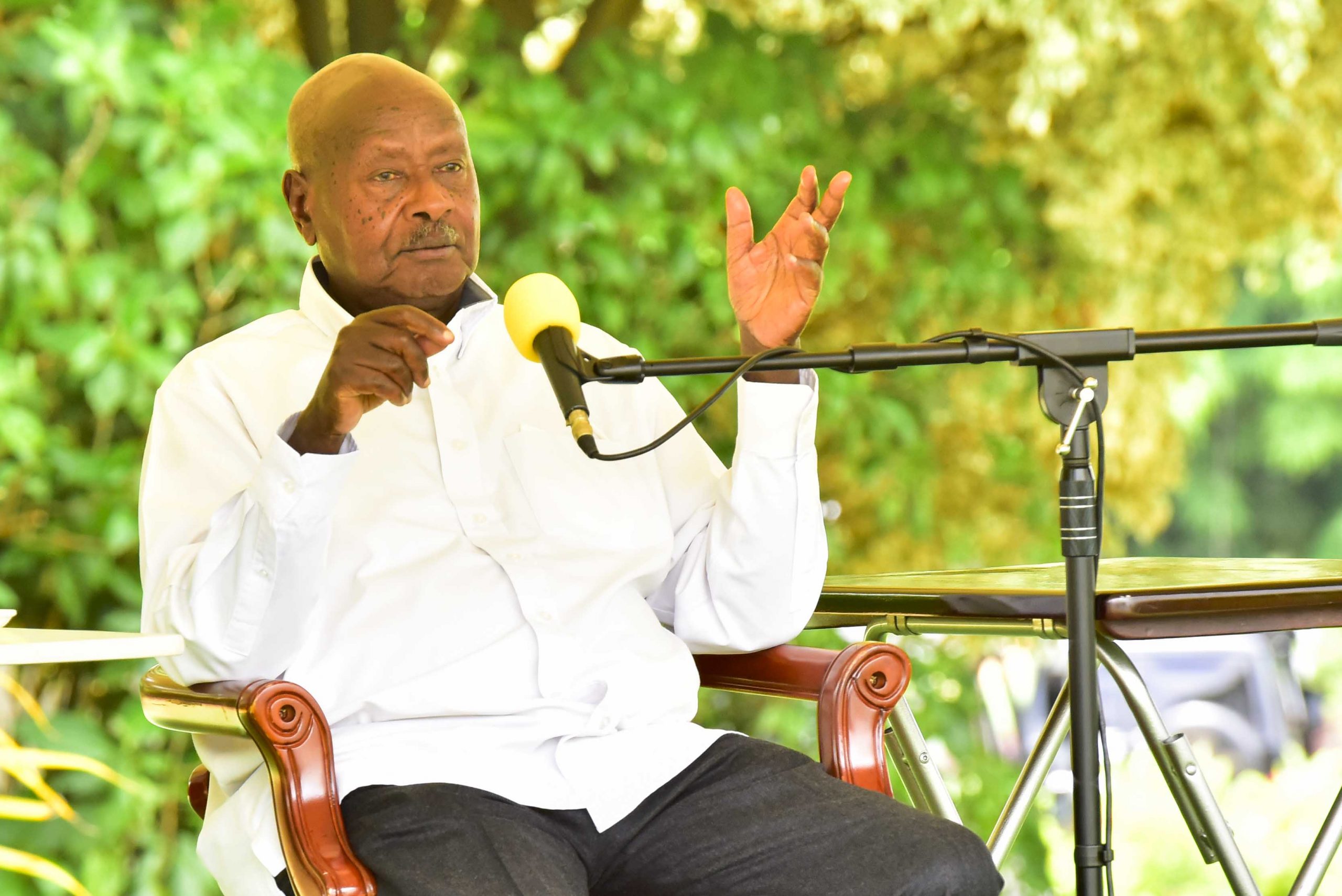 I am back to talk to you about Ebola and this is the fourth time. I last talked to you on 15th October 2022 when I issued restrictions on movements into and out of Mubende and Kasanda Districts which are the areas where this Ebola outbreak started. I am informed by the Ministry of Health that Ebola has since then spread to other districts notably Masaka and Jinja.

We now have cases of Ebola in six districts (Mubende, Kasanda, Kampala City, Wakiso, Masaka and Jinja.) Bunyangabu and Kagadi districts have been dropped from the follow-up list because they have completed 42 days, which is 2 incubation cycles of the virus, without a case.

As of today, there are a total of 141 confirmed cases of  Ebola, 55 of these have died while 73 have recovered and 13 are admitted at the Ebola Treatment Units(ETUs).

Before we imposed restrictions on Mubende District whose objective was to control transmission out of the epicenter and specifically into Kampala City and consolidate efforts to contain the outbreak, on average, up to five cases of Ebola were confirmed on a daily basis.

However, in the first 21 days of restrictions, I have been told that the number of cases reduced to an average of 3 cases per day. This was because of intensifying control interventions which included; door to door sensitization of the communities by the Village Health Teams, training of the health workers on Infection Prevention Control in both public and private health facilities, safe dignified burials of all deceased in the communities and hospitals and early treatment of cases at the Ebola Treatment Units.

Our efforts are beginning to pay off as we have seen a decline in the number of cases in Mubende. For example, for 18 days, we did not get a case until yesterday when we got one case. I want to thank the people of Mubende for their determination to end this epidemic and congratulate them on the good work they are doing. However, the outbreak is not yet over and you need to put in more effort.

I have been informed that there is a challenge in Mubende;

Whereas we later allowed Boda Boda to carry cargo to support families, they have abused this permission and are carrying out a passenger relay system to transport people instead of cargo. This poses a risk of transfer of infection to other districts. With the help of Boda Bodas, people are escaping through Kyaka II refugee camp and end up in facilities in Kampala City and other districts. Recently, a pregnant woman travelled through Kyaka II and ended up in Mbarara Regional Referral Hospital where she was delivered by Cesarean Section and is still under quarantine. Furthermore, another woman was transported through the same mechanism up to Kireka on the outskirts of Kampala City with the pretext of going to pick her HIV medicines which are widely available everywhere. This is not acceptable because Ebola infection will be exported out of the district. Any urgent health issues must be communicated to the health authorities to handle within the district.

While progress has been made in Mubende district, this is not true for Kasanda district. During the first 21 days of restriction of movement, there was an explosion of over 41 cases within 5 days and 10 deaths arising out of exhuming a dead Ebola body, congregations in Bibanda and playing pool in Kikandwa Parish. However, the cases have now reduced during the second 21 days restriction to 1-2 cases per day. Progress in Kasanda has been slow because of lack of cooperation among some district political leaders, poor adherence to the Standard Operating Procedures (SOPs), myths and misconceptions, and visiting traditional healers.

Kasanda District has four major challenges. These are;

To address these risks in Mubende and Kasanda, I now direct as follows;

Confirmed cases have been reported in the districts of Wakiso and Kampala City as a result of imported cases from Kasanda and Mubende. Currently, the number of cases in Greater Kampala is as follows; Kawempe Division – 3, Makindye Division – 1, Rubaga Division-  14, and Wakiso District – 2.

The Greater Kampala region is a heavily populated area that presents challenges in contact tracing, follow up and home quarantine; and because of this, identified contacts MUST be put under institutional quarantine.

However, I have been informed that some contacts escaped and found their way to Masaka and Jinja. Both of them have since died of Ebola. A pregnant woman linked to the initial Kasanda case that brought the infection to Kampala was called by her mother to seek health care in Masaka. The mother then took her to Masaka Regional Referral Hospital where the health workers suspected Ebola and isolated her. She tested positive and unfortunately passed on before delivery. Ninety-Seven (97) contacts linked to this pregnant woman have been listed and are under follow-up.

Furthermore, I am informed that another contact linked to the Rubaga cluster travelled to Jinja District where he visited two private clinics before he succumbed after infecting his brother. The brother subsequently died and was confirmed for Ebola after death through samples removed by health workers from a private clinic, St. Catherine Medical Center. We have since then confirmed Ebola in another relative bringing the total number to 3 in this family.  Two hundred and forty-five (245) contacts have been listed in Jinja District, 5 of these developed symptoms and have been evacuated to Entebbe National Isolation Facility.

The above scenario shows that the population and health workers in Kampala and the entire country have not yet properly understood the dangers of Ebola and how it is spread.

Ebola is easy to manage if all people cooperate and follow the guidance of the health workers. Ebola is spread by contaminated clothing, beddings, surfaces, and body fluids such as saliva, vomitus, sweat, stool, blood and semen of sick people. The main entry points are the mouth, eyes and broken skin especially of the hands. This is why it is important to always wash hands with soap and water or use an alcohol-based sanitizer or chlorine solution.

Therefore, if you have had contact or been in an area where there are cases of Ebola and you are not sure whether you are a contact or not, DO NOT RUN AWAY. STAY IN YOUR HOME AND CALL THE HEALTH WORKERS IF YOU ARE SICK. When you run away, you lose time, get sicker and die. In addition, you spread the disease to your loved ones and other Local Governments as we have seen with the case in Jinja District. This stretches the health system and is expensive to control.

I would like to reassure the international community, tourists and conference organizers and the entire Ugandan population, that Government has put in place measures to control the outbreak. The Ebola outbreak is localized to only 6 out of the 146 districts. Uganda remains safe and we welcome international guests.

The government is doing all it takes to control this epidemic and avoid exportation outside Uganda. In this regard, the list of Ebola contacts has been availed to the Immigration Authorities to prevent them from international travel. In addition, there is screening at the airport and land border points of entry for temperature, symptoms and history of contact.

I appeal to you to observe the above measures.

For God and my Country