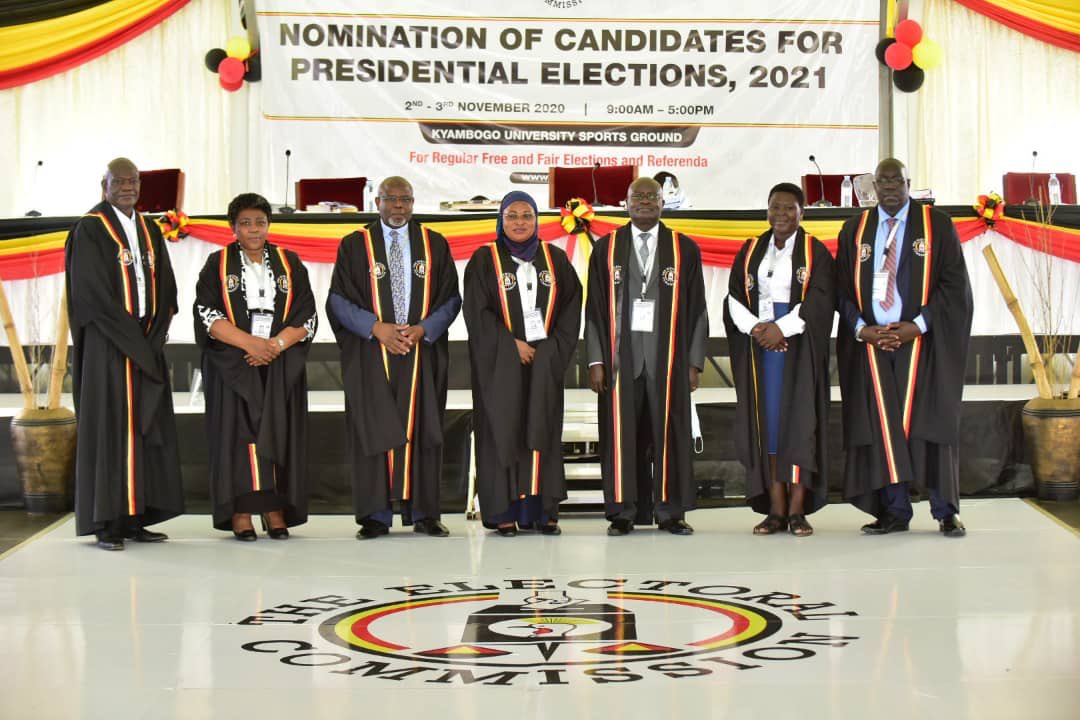 The independent electoral commission has officially concluded the nomination process for Presidential candidates who will participate in the 2021 general election.

EC chairman Justice Simon Mugenyi Byabakama announced at the closure of the exercise this afternoon that 11 people have been duly nominated, out of 23 who had shown interest in participating.

The exercise which started on Monday 2nd was concluded at 4:30PM on Tuesday 3rd November 2020.

The 11 candidates are identified as follows, in the nomination order; Yoweri Museveni Tibuhaburwa Kaguta (NRM), Tumukunde Henry Kakurugu (Indep) with a clock as his symbol and Mugisha Muntu Gregg (ANT) who were nominated on day one.

While speaking after the nomination exercise on Tuesday, the EC chairman invited all candidates for the first meeting to harmonize campaign meetings slated for this week on Thursday 5th November 2020 at the EC head offices in Kampala.

He also congratulated all the candidates and urged them, agents and supporters to conduct themselves in accordance with campaign guidelines.

Byabakama also called on candidates and their teams to promote safe participation through observance of SOPs from the EC and health ministry.

He added that they are working in a COVID-19 environment and it is paramount that they all work together to safe guard Ugandans from the virus.