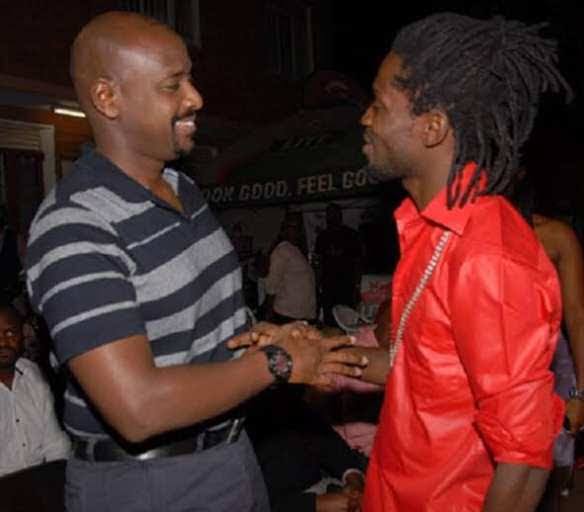 After Kyagulanyi’s arrest on Tuesday afternoon, Muhoozi tweeted a picture of them (Bobi and Muhoozi), saying that they wouldn’t be intimidated by the opposition leader.

“I told you my young brother, that you can NEVER intimidate us. We are much stronger than you can ever imagine to be. If you want to fight we will simply defeat you. We want peace! But if you attempt to fight us then Bring it on!” Muhoozi tweeted.

However, Kyagulanyi responded by quoting the first son and his former buddy, telling him that he is a coward and weak man who boasts of violence who should be ashamed. He also reminded him that this country belongs to Ugandans not him and the father.

“Only cowards & weak men boast of violence! You should be ashamed. Ours is a non-violent call for action. You know that in a free & fair election, your father the old tyrant, would be no more. This country belongs to Ugandans, not you and your father. You will soon understand that” Kyagulanyi wrote.

The two men were once friends but their political difference seem to have separated them.